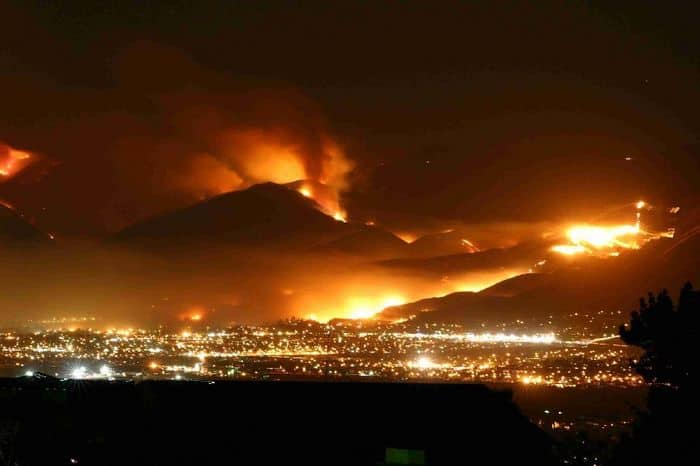 At the Folsom City Council meeting on Tuesday evening, City Manager, Kerry Miller reported that Folsom has assigned nine personnel to the raging fires in southern California, 500 miles south of here. Information for the report was provided by Folsom Fire Chief, Dan Haverty.

Miller informed the Council that Engine 38 was deployed Sunday afternoon and is working at Poomacha on the La Jolla Indian Reservation. This fire is a branch of the Witch Incident. At the time of the report, the fire had grown to 20,000 acres and is well established on the back side of Palomar Mountain. It is seven miles from the Northeast branch of the Witch Incident.

OES Engine 270, out of Fire Station 37 was deployed Monday. The crew is doing well on the “Witch” Fire. They are currently in base camp, near the San Diego Wild Animal Park near Escondido. This is the first time they have been in base camp since being deployed. At this stage, they don’t know how long they will be there, nor what operational period they will be assigned to. They reported they are tired but doing OK.

Battalion Chief Dean Cross and the four engine task force he is leading were assigned to the “Rice” fire, near Fallbrook, Tuesday morning. The “Rice” fire is 1,500 acres with 50 homes lost. Thirty-two personnel are currently assigned to this fire, so the task fore will be of immediate assistance.

Kerry Miller mentioned that there may be a request for technical assistance after the fires are out.

Councillor Starsky asked the Fire Chief to pass on the thanks of the City to those deployed in Southern California and also to those now taking on the extra workload while their colleagues are away.