Jim Cavanaugh: “He gave us his word, that after the message was played…”

Steve Schneider: “Uh…yes, but what if there is a higher power than you and I that speaks to an individual? If there is a God in this universe, and there are the laws of man, and there’s the laws of God and this God that has led him all his life says to him “wait,” what do you do?” (David Koresh gets cold feet on capitulating, after his tape was broadcast on national radio.)

The strangest news event ever encountered during my days on earth would have to be the tragic stand-off between the Branch Davidian cult with the government in Waco, Texas (February 28-April 19th, 1993). The odd thing too, is the more you research the 51 day standoff (including the history of the Branch Davidians, as well as detailed biographical data on David Koresh), the stranger it gets! 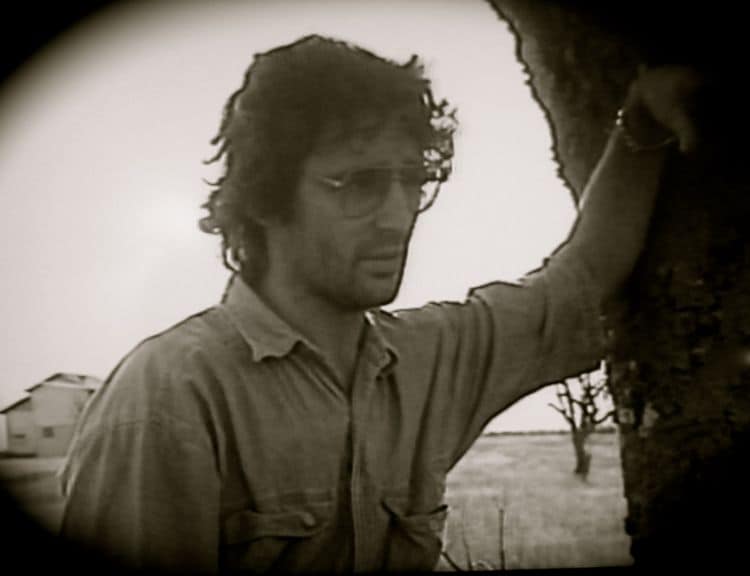 I’ve committed many hours to the phenomenon that culminated in the fiery conflagration transpiring at Mount Carmel, so I took an interest when noticing a British-American documentary, ‘Inside Waco,’ originally produced by Channel 4 (don’t know who they are) and HBO in 2007, was re-broadcast yesterday on Investigative Discovery.

I watched it several times this morning, then took notes on a 3rd screening, sensing I had done a good job internalizing what this documentary was attempting to get across to its viewers. Even though I already knew it, essentially, what you had, was the FBI negotiators (with Byron Sage as the main spokesperson) using one strategy, a diplomatic one to get David Koresh and his followers to walk, while the Hostage Rescue Team (with Jim McGee as their spokesperson) used an incompatible strategy (when working with the FBI negotiators), one that could be characterized as bellicose, really a war-like attitude towards the Branch Davidians. 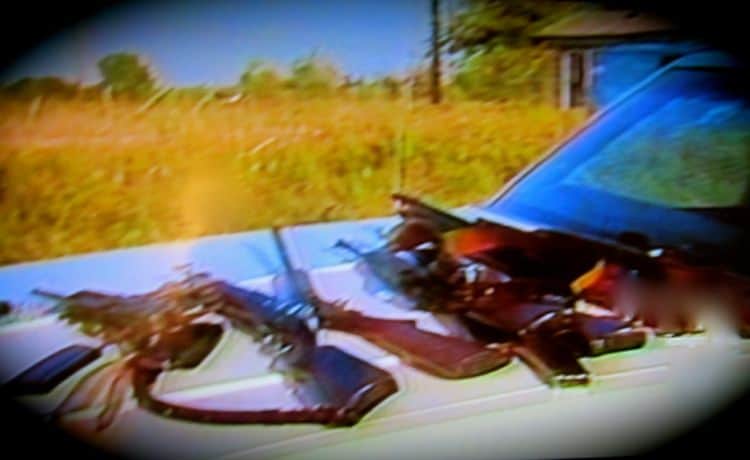 The frank confessions, mainly by Byron Sage, that the government had botched the job at Waco, was still shocking, even for me, with as much as I already knew; I took another look at Waco: The Rules of Engagement, so this is a sizable admission on my part.

This morning my shock was reenforced by reading on the Wikipedia entry ‘Waco siege,’ it was Richard Rogers who headed up the FBI Hostage Rescue Team (HRT), who also (you might remember) was in command at Ruby Ridge. This says volumes to me, I don’t know about you. Another anomaly, not so easily explained, is that Jim McGee still doesn’t admit to any flaws in the HRT’s approach back in early 1993.

One very serious atrocity committed by the HRT (as referenced on Inside Waco), which I didn’t remember from the time of the siege, is that they repeatedly ran over the grave of Branch Davidian Peter Gent with their armored vehicles. Many of the cultists could look out of the compound windows and see the Bradley tanks humiliating a fellow member’s grave; why would the HRT do this if they hoped for the religious sect to give up Mount Carmel peacefully? We know they crushed several cars in front of the compound, just flattened them like pancakes with their Bradleys; isn’t this criminal behavior? 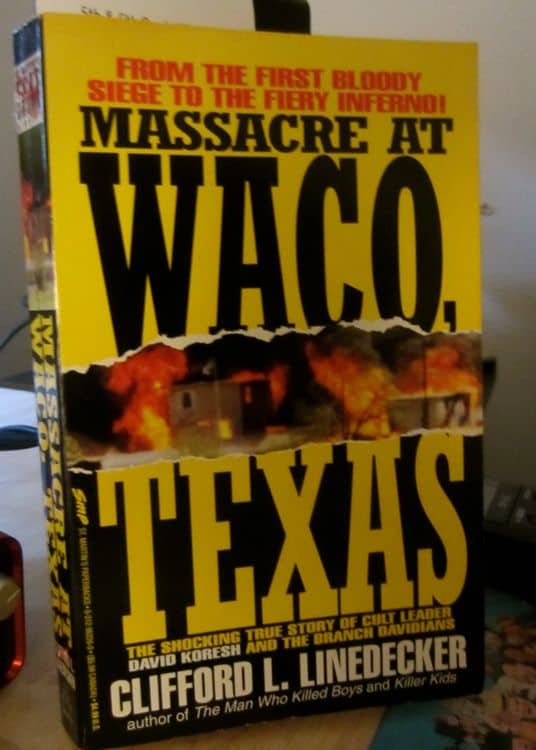 Did David Koresh already know in his mind, early on during the 51 day siege, that he wasn’t ever surrendering his fortress, as long as he was alive? I suspect he did; Inside Waco has an interview with Heather Jones, the cult leader’s daughter, who listens to a tape of her talking to her daddy, which brings her to tears when realizing this is the last time she’d ever get to talk with him. Koresh tells her, “Don’t forget what you know.” Then with a distant, emotive voice he says ‘he’ll see her later.’ Heather knows now, he meant I’ll see you later in another life.

Yet the cult leader can’t always be cast in such a positive light (such as is done in Waco: The Rules of Engagement). Byron Sage, the primary FBI negotiator, tells us (in Inside Waco) they managed to get a microphone plant into Carmel by putting it in a milk carton. This bug picks up David saying bad things about keeping the children quiet in the compound. The audio is not too clear, but seems to say: “We need to get some guys in there and blow their heads off!” Vernon Howell definitely had some violent underpinnings!

After watching the special several times, I had to pull out some resources I have filed away; one title I found, buried in an archive box laden with paperbacks is a good catch: Massacre At Waco, Texas, by Clifford L. Linedecker (on St Martin’s True Crime Library). Published only months after the fiery, questionable conflagration of April 19th, 1993, Linedecker weaves a vivid, fact-laden narrative that demonstrates a solid journalist’s hand, but is nonetheless shocking, when catching many of the details of the sordid saga, missed the first time around by the mainstream press.

One well made point comes up early in his book; Waco was a frontier town, coming from an ilk of shoot em out cowboy style and the Old West. The tradition of possessing guns and lots of them is very strong in Waco. Linedecker argues (or rather points out the obvious) the Branch Davidians were just like everyone else in Texas who asserts their Second Amendment Rights, even if they took it to an extreme, which they did. The ATF was totally outgunned on February 28th, the Shoot-Out at OK Corral (Linedecker uses the power phrase ‘Ranch Apocalypse’ for Mount Carmel) by analogy. 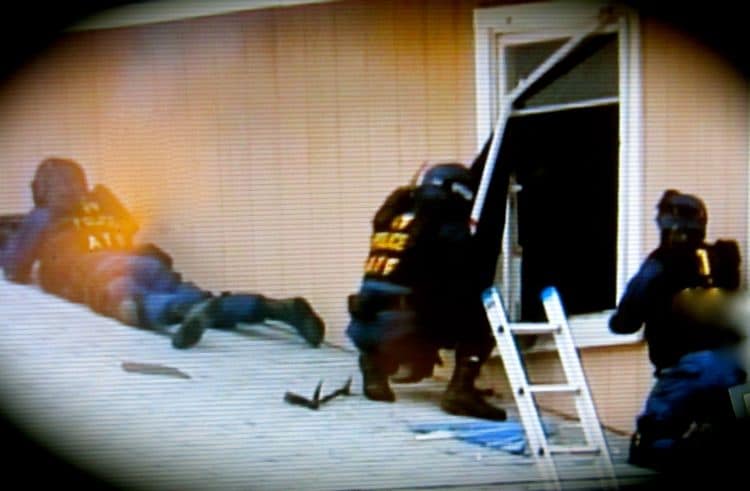 Massacre At Waco addresses the important issue of who tipped off the Davidians that the ATF was launching a very public, dramatic raid. Yea, the element of surprise, needed for this type of operation, was non-existent. The press was already on the scene when the ATF Welcome Wagons pulled in; the ATF was hoping to pull a J. Edgar publicity campaign, such as when they got John Dillinger at the Biograph Theater in Chicago, 1934. A motive of ATF was to clean things up after a black mark had from Ruby Ridge; although it’s ironic, 2/28/’93 (Bloody Sunday) had the exact opposite effect!

Did the government start the fire on the last day, or did cult members pour gasoline on their own compound, committing mass suicide, such as Jim Jones and The Peoples’ Temple members did in Guyana (which is also in dispute)? Inside Waco plays an unclear audio tape that suggests Davidians spread gasoline in their own compound.

The Rules of Engagement explores this issue in depth; it was the government who started the fire! The filmmakers Dan Gifford and Amy Sommer go to great lengths to prove this case (their documentary was released in 1997), and still maintain to this day, THEY did it!

While Inside Waco doesn’t address many crucial issues, still unclear after twenty years, such as who fired first on February 28th (I’m convinced, it was ATF), it does have some noticeable strengths. The primary one being the ramped confusion of coordination (and hostility) between the 52 assigned FBI negotiators and a berserk-looking Hostage Rescue team (HRT).

Were they also lying to the negotiators, as to what tactics they employed? Speakers set up of rabbits being slaughtered? Despoiling graves of departed Davidians? Were they shooting machine guns and launching incendiary grenades into Mount Carmel on April 19th, 1993? Is there compelling evidence they murdered David Koresh and his flock of followers?