On Thursday, I was privileged to visit Mather Field, Rancho Cordova, to see the Air Force Thunderbirds, The Patriots, a Home Town Hero, many different types of aircraft and a lot of dedicated people.

That the California Capital Airshow is popular is an understatement. Organizers expect to see over 100,000 fans for the two day event. An impressive line-up of more than 90 vintage and modern aircraft has been arranged, plus an array of military airpower, including an F-22 Raptor and B2 Stealth Bomber.

I saw some of the most popular performers, the Thunderbirds, the Patriots and Melissa Pemberton, the 24-year-old who flies a high performance Ziviko Edge 540 aircraft. You can’t miss it – it is bright blue! Melissa, sponsored by Go Girl Energy Drink, is the youngest female member in history on the US Unlimited Aerobatic Team.

Other famous aircraft include the P-51 Mustang, T-28 Trojan, T-6 Texan, seaplanes, and helicopters. Military displays include the C-5 Galaxy, F-15 Strike Eagle, F-18 Hornet, and B-52 Stratofortress. You may even catch a glimpse of the elusive B-2 Stealth Bomber, as it marks its 20th year in operation. This is a unique opportunity to not only get the story behind these special aircraft, but also to hear firsthand the moving stories and experiences of the pilots that flew them. 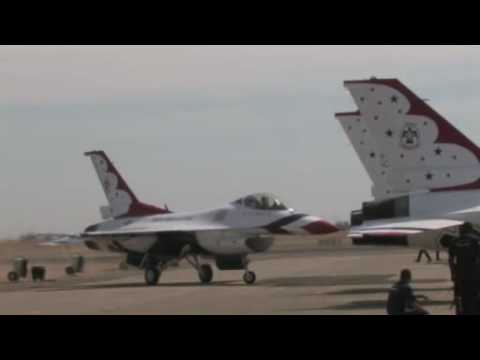 Turn up your speakers, have a blast, and please rate the videos. 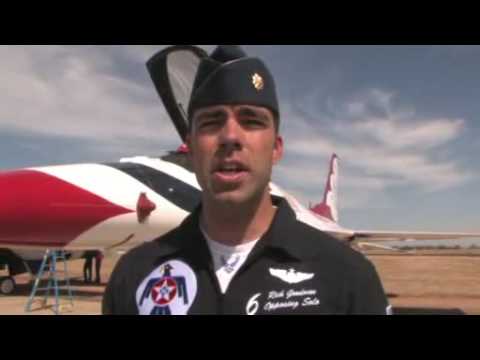