NewsBlaze News
Home USA Military Right Back at Them 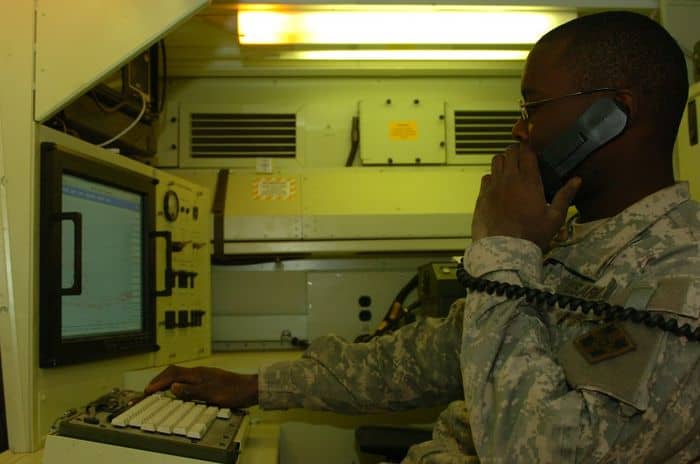 MUQDADIYAH, Iraq – By dropping mortars or firing rockets into coalition held areas, Anti-Iraqi forces attempt to disrupt day-to-day operations, but what typically happens is they get one right back at them.

The 4th Infantry Division’s 3-29 Sensor Battery from Ft. Carson, Colo. is watching the airspace above Forward Operating Base Normandy to detect the distance and direction from which an indirect fire attack originates.

Within seconds of an attack, the Sensor platoon is able gather the point of origin and quickly relay the information to their counterpart, Alpha Battery 3-29 Field Artillery so that they can return fire and neutralize the threat of another attack.

The unit, composed of radar operators (13R), and radar mechanics (35M) has been in country for two months now and their mission is crucial.

“We take our mission very seriously as far as protecting this FOB from indirect fire and it is something we all take great pride in,” said Waterman.

“We have observed several rounds thus far in the deployment and have been able to direct fire back on those positions.”

Staff Sgt. Richard Stairs, platoon sergeant of the Sensor platoon said, “The unit has gotten a lot tighter since we have been here.” “This is the family we have right now and everyone in the unit looks out for one another.”

Spc. Franky Bunch Brooks-Baker, a radar operator in the platoon and Jefferson Mo. native, says he gets energized when he hears an impact and is able to track the source of the enemy fire and retaliate.