The natural imaginary havoc may be far away but it looks like humans are throwing themselves in a self made whirlpool. The world, developed countries included, is passing through a stage of economic depression. There is news of some great banks, great companies, and government and non-government enterprises going bankrupt. The giant of rising prices is putting a question mark on the livelihood of the poor. On the other side in these difficult conditions, human society instead of solving the problems is getting into the problem of opinion differences.

The human being has mere existence in this world but he has become a foe of humanity. The reason for this opposition and difference is strange. Somewhere it is said Allah is right and others are false. Some call their own God and culture superior and the oldest one and try to prove others baseless. Others consider their own God as the creator of the world. In their opinion others are false beliefs and mere show. Now the question is the man who lives for sixty or seventy years has the capacity to know the secrets of the existence of God and the earth that has a history of millions of years? What is the secret of this universe? Are all the beliefs of Allah, Ishwar, God and waheguru right or is only one of them true? 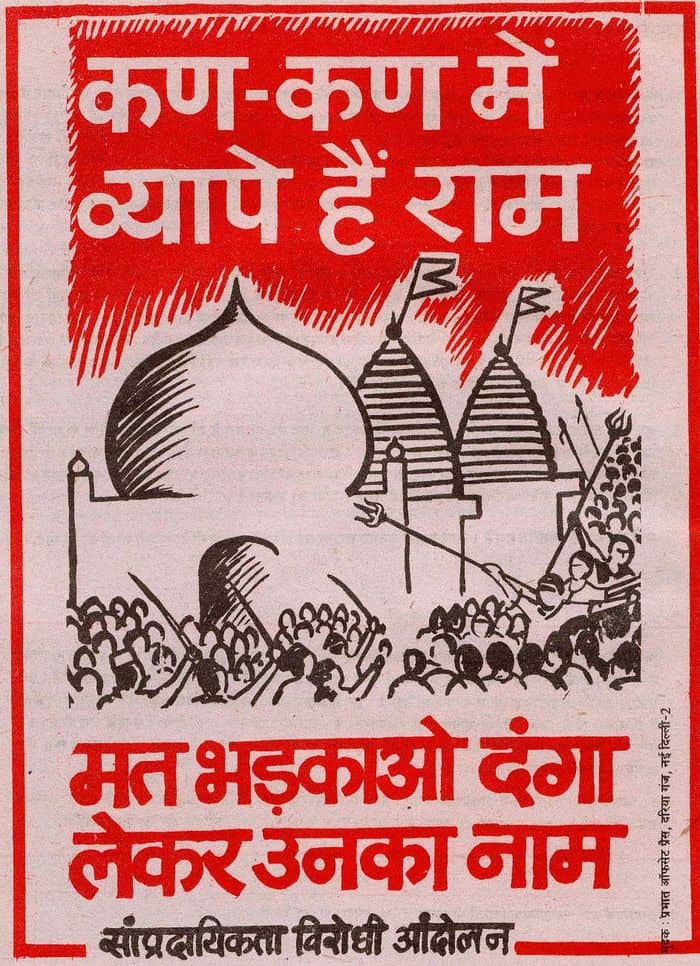 Not to talk of the universe the sky and the stars, but I’m trying to have readers understand with a simple example. Being a nature lover, I usually visit a pleasant valley in India in the Himachal pardesh. I have the chance to meet hundreds of persons who tell me that there are many unintruded places there, where man has not yet reached. It means that man has not been able to reach the places that he can easily see. Now imagine the number of places on this earth that are untouched and unknown to human beings.

Despite that man, who is totally ignorant about the secrets and powers of nature, at the same time is bloodthirsty just over the different names and forms of the almighty. Today, man has become thirsty to shed the blood of another man just for the sake of religion and community. If a dictator Mughal emperor had attacked India and damaged the temples then the Hindutvavadi powers also felt to retaliate the same on December 6,1992 by demolishing the Babri Mosque in Ayodhya, even after hundreds of years in a democratic government. These parties that favor so called nationalism did not care for it’s after effects on communal harmony. They replied the activities of the foreign invaders that may spread fear and distrust among the minorities.

It would have been good, had it ended here. This incident of communalism resulted in the Mumbai bomb blast and Godhra train accident. 58 innocent persons were burned alive in this terrible accident. After that there was the evil of communalism in Gujrat and the minorities were great sufferers that reminded us of the bloody partition of 1947. Today this communalism and terrorism opinion is fast spreading in India. Man has become the enemy of man. Now all holy places such as temples, Mosques, Churches and Graveyards are being aimed at by the enemies of humanity.

It is obvious that if a conservative Hindu is teaching his son only Hinduism then a person who considers himself the custodian of Islam wants to make his son only a Muslim. In India, the Christian missionaries are always being accused that they are indulging in change of religion. Among the accusations being leveled for many decades, mother Teresa won the award of the Bharat Ratan and noble peace prize for her constructive and humanitarian work. These powers that are against the spread of Christianity could not produce any other person who could be a great lover of humanity like mother Teresa. But the aggressive among them were talked about to insult the Hinduism for raping a Christian nun and burning live people. These so called nationalists tried to show their power by burning churches.

Similarly, some people who call Islam a religion that teaches peace, love and harmony are allowing radicals to blot the Islamic religion by indulging in terrorist activities. Those who call themselves Jihadis are misguided and are the enemy of Islam, their own religion because of their inhuman activities. But in all these negative circumstances it is a matter of satisfaction that all common men of all religions and community want to keep themselves away from violent activities.

In the dark age of inflation and uncertainty of future, a common man wants to fight for his livelihood, the welfare of his family and his existence. A common man doesn’t have time to come out to take on the sword or trident in the name of religion and have training to manufacture bombs or to get training with an AK47. But it is sorrowful that in spite of all these there is violent news common to hear, that affects the common man.

In fact the shameful incidents of rape, burning and killing during terrorism and other violent acts that are heard are backed by a kind of terrorism that is not visible. It doesn’t leave any proof so that it can come in the grip of law. And these are the sources that give water to the difference of opinions. In every community the plant of difference of opinion is being watered somewhere by religious leaders, somewhere by political organizations and somewhere through communal organizations.

It is a pity to say that somewhere there seems an important role by our writers and columnists. In my views, an honest writer and columnist should not write fiery articles or columns to incite a particular opinion, group or community. He should not bear down upon others.

This is the only remedy to avoid the powers that are attempting to polarize the society in the name of religion and communalism. That is people should not be taken in because of their guise of religion. Second is to ban the center that is running the dangerous mission of organization of communities. Government should ban it immediately. Not only should the government ban it but it should be boycotted also by society.

The common people should keep in mind if a person may be from any caste and community and teaches others to unite the community, then that person or organization is certainly encouraging communalism in the name of unity. The need is to listen to those persons who talk of the uniting of society and not breaking it. They should talk of communal unity and not of communal hatred. The progress of the country lies in communal unity and communal harmony, not in ill will, hatred, fear and terrorism.