Students and Teachers to receive training never before presented publicly

Tucson, Arizona – Yoga Students and teachers from around the world will converge on the Anjali Center in Tucson beginning September 28 to take part in a teacher training of “Tibetan Heart Yoga,” never before taught publicly.

Yoga Studies Institute founders Geshe Micheal Roach and Christie McNally will deliver a four-day presentation on ancient yoga teachings. These teachings come from the lineage of the Dalai Lamas and are derived from texts which date back over a thousand years. This course is part of a large-scale effort to equip yoga teachers and students with authentic teachings so that they can return to their native cities and pass on the lineage to yoga practitioners in the U.S. and around the world.

Tibetan Heart Yoga comes from the Indian Yogi Naropa (1000 A.D.) and is “an ancient art [which] came to Tibet from its birthplace in India over a thousand years ago. It quickly became very popular, and wonderful systems for its practice sprang up like mushrooms all over the country,” says Roach. “Over twenty million people in this country practice yoga,” notes Roach “And the practice is transforming from its origins to fit the needs of more Americans.” 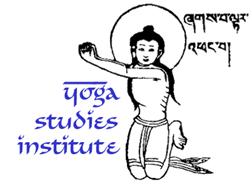 Roach says, “Tibetan Heart Yoga works on your heart in two ways: It makes your physical heart and your body healthy and strong, and it opens your heart to love others. And of course the first always comes from the second.”

There are no pre-requisites for attending this course and it is open to all levels of yoga practitioners. Classes will take place September 28 to October 1, 2006. Interested people can register online at www.yogastudiesinstitute.com. On-site child care is available.

Geshe Michael Roach was born in Los Angeles in 1952 and raised in Phoenix, AZ. As a student at Princeton University he concentrated his studies in religion and ancient Sanskrit and Russian language. He was ordained as a Buddhist monk in 1983 and is entirely fluent in the spoken and written Tibetan language. After approximately 20 years of daily intensive study Geshe Michael was the first American to receive the Geshe degree in 1995 (akin to a Doctorate of Divinity). Along with founding and guiding the Yoga Studies Institute, Geshe Michael is the founder of ACIP, which is probably the world’s largest database of ancient Asian manuscripts, and of the Diamond Mountain University and Retreat Center. He is the author of several books including “The Tibetan Book of Yoga” and “The Diamond Cutter.” He is a translator of Sanskrit and Tibetan and recently completed a 3-year isolated meditation retreat in the Arizona desert.

Christie McNally has studied yoga from some of the world’s most renowned masters, and has trained in several major Tibetan monasteries. She is a Tibetan and Sanskrit translator and textual expert with the Asian Classics Input Project, and recently completed a 3-year deep retreat in the Arizona desert.