Probably no drug company marketing is as controversial as pediatric. Children do not make their own drug decisions – their parents, doctors and even teachers do. When they are put on drugs at an early age it is impossible to tell what are “symptoms,” what are drug side effects and whether the child still needs the drugs, if he or she ever did. Children can stay on drugs for decades, receiving more drugs to treat the side effects of the first drugs and end up on expensive and risky drug cocktails.

“Hurry-up-and-treat” drug company marketing casts early intervention for childhood mental diseases as ipso facto better than waiting-on the basis of family “risk” and genetic profiling. As one doctor against such overtreatment of children put it-hurry up and treat them before the symptoms go away.

But not all medical voices agree. At an American Psychiatric Association annual meeting, Mark Zimmerman, director of outpatient psychiatry at Rhode Island Hospital, observed that the very fact that a child may have a lifelong disease like bipolar disorder is reason to wait until the prognosis is certain.

“Pediatric psychopharmacology” has been given a big boost by pro-drug doctors like Harvard’s Joseph Biederman and Harold Koplewicz, author of “It’s Nobody’s Fault, New Hope and Help for Difficult Children and Their Parents,” and “More Than Moody.” President of the Child Mind Institute, Koplewicz wrote in a 2000 oped in the New York Times that increased use of Ritalin is less a cause for outrage than the fact that only a fraction of the “10 million American children and teen-agers who suffer from diagnosable psychiatric illnesses ever receive help.” What? 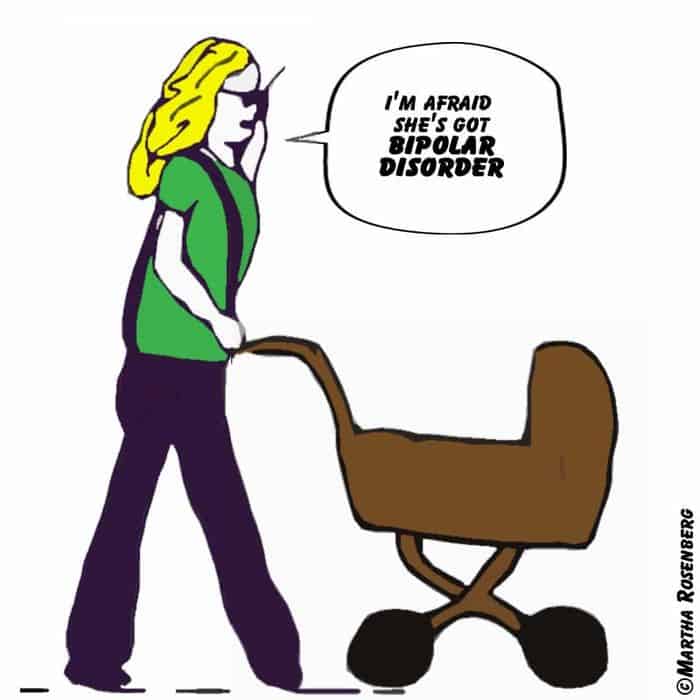 In addition to the aggressive marketing of ADHD drugs and drugs for amorphous “spectrum disorders” in children, drug company linked doctors have pushed the diagnosis of “childhood depression” and even “childhood schizophrenia.” While the conditions exist-rarely-drug company funded researchers and doctors have raised awareness and fear of them to sell pediatric drugs.

A 2009 Journal of the American Medical Association (JAMA) article about “preschool depression” by Joan L. Luby not only found the afflictions in toddlers, it even found “relapses,” “chronicity” and “treatment resistance” in three-year-olds. Researchers used to believe that “young children were too cognitively and emotionally immature to experience depressive effects,” wrote Luby but now believe they can and do suffer from Major Depressive Disorder (MDD) and that screening should be done.

Luby, a professor of child psychiatry at Washington University has been funded by three makers of childhood drug- Janssen, AstraZeneca and Shire. Nor is Luby alone in seeing pathology in children. Mani Pavuluri founded the Pediatric Mood Disorders Program and the Pediatric Brain Research and InterventioN (BRAIN) Center at the University of Illinois and receives research dollars from a company that stands to profit from :pediatric mood disorders”- GlaxoSmithKline.

Pediatric psychopharmacology was also given a boost in 2009 when three drug companies went before the US regulatory agency, the FDA, to try to add Seroquel, Zyprexa and Geodon to the atypical antipsychotics Risperdal and Abilify already approved for children and adolescents.

The hearings revealed the drugs to be less than safe. Atypical antipsychotics cause side effects of weight gain, diabetes, metabolic syndrome, heart problems, cataracts, stroke, suicidal thoughts and tardive dyskinesia (an involuntary and permanent movement disorder that can stigmatize a mental patient even further).

Amazingly, the advisory committee and later the FDA approved two of the three drugs for children.

Two mothers testified against approvals at the hearings. Liza Ortiz of Austin, TX lost her 13-year-old son to Seroquel toxicity earlier that year. “His hands twisted in ways I never thought possible in the I.C.U.,” she said. Mary Kitchens of Bandera, TX said her son suffered from crossed eyes, nightmares, trembling, neutropenia, hypothyroidism, tachycardia, dyskinesia and more since Seroquel treatment. “AstraZeneca marketed this to my child in 2003,” she said holding the original Seroquel package for the FDA panel to see and implying illegal marketing since the drug was not approved for children in 2003. “And now they want your seal of approval.”

Three years before the hearings, the case of Rebecca Riley had riveted the United States. Given Seroquel and other strong drugs for bipolar disorder and ADHD at age two, the little girl was found dead at four. Carolyn Riley, her mother was found guilty of second degree and Michael Riley, her father was found guilty of first degree murder. But there is little evidence that treating children and toddlers with such drugs has abated in the United States.