The manner in which I assimilated information regarding Cassie Cotta’s sad story was unsettling. News coverage (up to Jan. 3rd) was still reporting that Cassie was merely missing, whereas I read elsewhere her body had been found in rural Crawford County and that her husband, Brent Cotta, has been charged with first-degree murder in her death. That is, in my research, I took in older news with the knowledge of what the tragic outcome in mind.

The effect on me was disconcerting, and with the awareness that the husband was the culprit, the unfortunate twist of fate added a notion of irony to the unfolding of ill-fated events. A comment made by Brent Cotta (before he was arrested) to 4029TV (from the Fort Smith, Arkansas area) can immediately be interpreted as suspicious and a nervous character portrait of his wife, Cassie Cotta.

“She’s colorful, she’s irritable, she’s blunt, she’s beautiful, she’s perfect.” An odd thing to say, as it is imbued with both a portion of love and a bit of contempt (as I interpret his brazen, off the cuffs comment.) Moreover, Brent had been the one to call Cassie’s mother Friday night and report she hadn’t showed up to work yet (Cassie was a bartender at Perry’s Place). 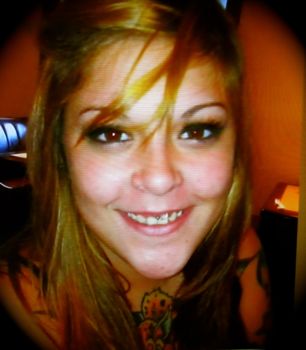 Bars everywhere are going to be most busy on this New Year’s Eve weekend. So Cassie not showing up to work (when the money probably would be good) is a giveaway that something was not right. I’ve read also that Cassie was apparently intoxicated last Friday night (Dec. 30th). Who exactly saw her in this state to know it to be true has not been disclosed from local news reports.

It’s said that Cassie’s primary conduit to friends was through Facebook. When the posts to her account went silent Friday, people knew something was wrong. But her car remained at the house she lives in with her husband. The Fort Smith Police Department found some evidence at the home and from Cassie’s car that suggested foul play. The nature of this evidence has not yet been made public.

Since Brent Cotta has been booked for first-degree murder, the evidence must be substantial. It’s also been reported that somehow, it was Brent who led them to the location of Cassie’s body, off Hwy 69. Yet another piece of information we don’t know, is the cause of her death. There were no immediate signs of trauma to her body (as reported by 4029TV.com – Cassie Cotta’s Husband Charged With Murder).

You will want to see the YouTube video Bring Cassie Home! though it will make you very sad. It seems to have been produced before these latest troubling developments, and this is what makes it all the sadder. Yea, Cassie is very pretty and seems to have had lots of friends and people who liked her. This makes her tragic outcome all the more disturbing.

What was Brent’s motive? Was he intoxicated himself last Friday? JVM’s Issues mentioned something last night about a small altercation Cassie had with someone on Facebook. Could Brent have seen this post then got jealous? This is a possibility! And it sounds as if alcohol may have been a big factor contributing to this unfortunate situation.

Please watch the YouTube video and try to remember Cassie Cotta in just this way.