When witnessing on the news (vicariously, of course) the shocking event Ki-Suck Han pushed off a New York subway platform (49th Street station with a Q train zooming close), then clutching the platform rim, while staring directly at a rapidly approaching train (observed from R. Umar Abbasi’s mind boggling photograph), the first parallel that came to mind, was the March 13, 1964 public stabbing of Kitty Genovese, which was observed by 38 citizens of Queens. Without knowing whether the analogy is apt, the connection in my mind was instantaneous!

I had to research the classic Kitty Genovese case this morning, to see whether my suspicions of its applicability (in terms of an analogy) to the Ki-Suck Han case were solid. The take away of the Kitty Genovese homicide is often referred to as the ‘bystander effect’ or the ‘Genovese Syndrome,’ whereby lots of callous citizens just snooze through a murder-in-progress, without any attempts at intervention or even ringing up the police.

This sociological concept of urban cruelty is rather a myth, not what really occurred in Queens that chilly night of March 13, 1964 (at 3:20 AM). That is, the misconception is largely a byproduct of an influential article that appeared in the New York Times on March 27, 1964, written by Martin Gansberg (Thirty-Eight Who Saw Murder Didn’t Call the Police). Martin didn’t quite scoop the story with any accuracy, but boy, what he wrote changed history around. I remember what a strong effect this article had on the times; remember thinking, I don’t want to go to New York; the people are way too mean there! 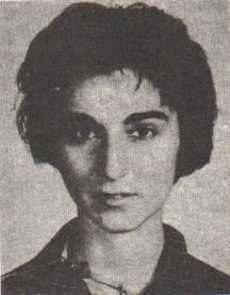 Well, it turns out there weren’t but a dozen or so witnesses who might have heard something, not 38. Most of them weren’t aware that Kitty was being attacked, or perhaps they were in denial, we’ll probably never know. The cops were called, however, after the first attack (Winston Moseley attacked Kitty no less than 3 times, over a half-hour period). Over all, though Martin Gansberg exaggerated a good bit, it does look as if many people were ducking their heads, either out of fear, or because they didn’t care or didn’t want to get involved with trouble.

But does the bystander effect apply to the subway incident which happened on Monday afternoon? How many witnesses were close to the shoving incident? Just how close were they to the tracks? Did they see poor Ki Suk Han struggling down on the track? And if so, is it in any way possible they could have pulled him up to safety? Moreover, could the freelance photographer, R. Umar Abbasi have rescued Han? Was he even aware of the horrific image magnified in his camera’s eye? Was there a presence of ‘Genovese callousness’ (I want to know)?

We’ll need to see exactly where everyone was standing right in the instance when Abbasi hit the click button. Yet this may not be possible. Efforts at a simulation will be difficult. Therefore, a reconstruction of just what happened or who’s to blame will be resting on thin ice. The event can be chalked off to the mists of history, where reality never sees the light of day. The situation was just the same with Catherine Genovese in 1964. Each person remembers the mortifying event a little differently than any other person.

Perhaps history itself is no more than a confusing conglomeration of distorted testimonies. This is not the way we’d like to have it, but maybe it’s the way it is. Does a photograph always tell us the truth? No it doesn’t, any more than people will tend to tell us the truth. Is the New York Post at fault for sensationalizing the incident with Abbasi’s photo? I don’t think so. Now people will take the event seriously, and maybe we’ll (slowly and carefully) approach a scintilla of the truth, without actually arriving at the truth. This is the nature of historical analysis, which is a derivative of Journalism.