NewsBlaze News
Home USA Crime Michael Skakel Looks Just as Wasted as He Did on Halloween of...

Halloween of 1975 was a mighty long time ago. When looking at news footage of Michael Skakel in court on Tuesday (dressed in an orange prison jumpsuit), I observe, Michael doesn’t look too good. On the morning of 31st (1975 in Greenwich, Connecticut) Dorothy Moxley, when making inquiries at the Skakel residence about her daughter’s (Martha Moxley) whereabouts, Michael had answered the door, and looked pale and disheveled also at that time (37 years ago).

As I look at these current stories on an ancient case of wealth and privilege gone south for the winter (and what a long winter it is), I had to review some documents to bring me up to speed on the mid-seventies case of Martha Moxley’s murder, which has been swirling in controversy ever since that time. I started off with the usual suspects, Wikipedia, which led me over to a fairly comprehensive piece for the TruTV.com Crime Library series, which seems to pop-up for me quite a bit. 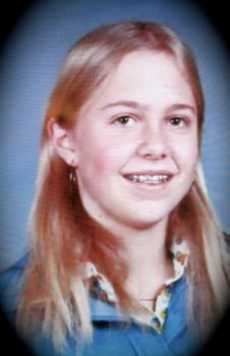 The edition is titled: The Martha Moxley Murder by Joseph Geringer and comes with 14 chapters, many of which I’ve managed to trod through this morning. It struck me as odd that this atrocious crime takes place in a New England neighborhood (Belle Haven) of opulence and prestige right on Halloween, a time when irrational things can happen even to people who have an elusive societal halo about them.

“Me thinks too much,” I thought to myself, but this was the same conclusion that Mark Fuhrman came to when investigating Martha’s botched case in the late ’90s for his book, Murder in Greenwich. I’ve been staring at that paperback at Half Price Books for years, but I’ve never bought it. I’ve practically read it anyway, when sitting on a stool at the store, absorbed in passages. I’ll get it this time! Fuhrman finally solved this case.

I do have the DVD based on Mark’s book, so I am familiar with what Fuhrman uncovered when he reopened Martha Moxley’s case, where the initial investigation was apparently less than professional. One can only imagine what Greenwich was like in the mid-seventies, but from what I can tell, there was a blanket of protection by the police for the wealthy.

Still, we need to return to the scene and time, putting our biases aside. Chapter Two of Joseph Geringer’s descriptive summary takes us back to the confusing events on the night of the 30th, when Martha got caught between several of the Skakel boys (mainly Thomas and Michael). Rivalry between Michael and Thomas for Martha’s affection appears to be the key to a bad situation that developed that night. Lots of alcohol in teenagers plays a role also.

When reading around as to what Mark Fuhrman found out (by way of Joseph Geringer), in his thorough 1997 investigation, a cover-up had occurred back in 1975. The Greenwich Police had plenty of evidence, but chose simply to overlook it. I’m referring mainly to the golf club grip, which should have had the killer’s fingerprints left on there. So we’ll need to revisit this suspicious golf club handle.

Strangely enough, as I trod back through this muddy murky mess, I find myself back in a movie theater chair, watching John Carpenter’s Halloween at the Preston Royal Cinema in Dallas, Texas. I was thinking maybe John Carpenter was influenced by Martha Moxley’s case when writing the screenplay for his horror classic. Is Michael Michael? Truth is stranger than fiction, but it’s even weirder when strange fiction is based on stranger non-fiction! Well, you know what I mean, don’t you?