Mexican National Roberto Romain was acquitted last year in Utah State Fourth District Court in the 2010 murder of Millard County Deputy Sheriff Josie Greathouse Fox. If Romain had been convicted he would have faced life in prison without parole.

After winning an acquittal he should be a free man, you would think.

Just when Romain thought he was off the hook for the deputy’s murder, the federal government stepped in and saved the day by re-indicting the Mexican native on 11 counts of similar charges related to the officer’s death. On September 5th, Romain pled not guilty in federal court to the new round of charges.

So how did jurors in state court arrive at a not guilty verdict for Romain in the murder of a law enforcement officer?

When Romain was first arrested for the murder, the law enforcement officers and prosecutors were confident a guilty verdict would put Romain on death row or behind bars for the rest of his life. 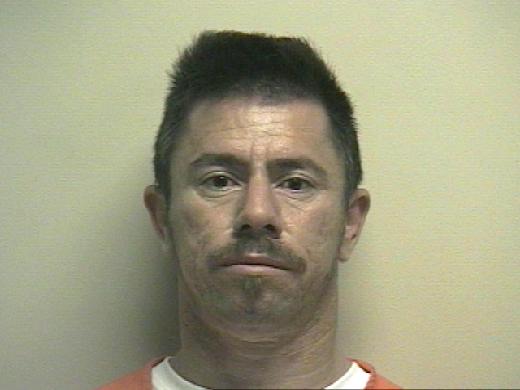 Jurors who acquitted Romain said the case they heard last year had too many doubts to convict him, and that the police did not do a thorough job to determine if the officer’s brother Ryan Greathouse, a known drug dealer and user, did not kill his own sister as alleged by Romain when he testified in his own defense.

“I would say we were doubtful at the beginning; we had lots of problems with evidence we were getting,” says law student Jared Trent, a juror who along with a theater professor were instrumental in swaying the not guilty votes in Romain’s favor.

Racism also entered the deliberations according to Trent when another juror rudely said, “any time you have a chance to put a Mexican away you should take it.”

“That got me a little more heated,” Trent stated to reporters, following the stunning verdict. Obviously the law student won over the juror who made the racist comment.

It all began during the dark early morning hours on Jamuary 5th 2010, when Deputy Fox was gunned down outside her patrol car after Romain had done a drug deal with Ryan Greathouse, the deputy’s brother. Fox was shot twice above her bullet-proof vest. She was married with three young children.

The crackpot lawyer says he is burning the midnight oil preparing to file a packed motion to prevent his client from being retried under the “double jeopardy” doctrine.

“When a U.S. Attorney says it’s not a do-over, it really is a do-over,” the prominent lawyer said.

“Mr.Romain believes he’s innocent and he was vindicated once, and he believes he’ll be vindicated again,” McCaughey said, speaking on his client’s behalf.

Double Jeopardy protection in the U.S. Constitution does forbid a defendant from being retried on the same or similar charges following an acquittal or conviction. What may be working against Roberto Romain is the fact that the dual sovereignty doctrine, according to legal experts, permits the U.S. government to prosecute a defendant despite the defendant’s acquittal in state court based on the same conduct when elements of the state and federal offenses are identical.

For example, Romain confessed to state authorities that he used an assault weapon to shoot the deputy after he committed a drug violation, and the government has evidence to prove Romain was an illegal foreigner in possession of a firearm. These offenses are identical in the state and federal statutes.

Immediately following Romain’s acquittal in Fox’s brutal death, shock and outrage engulfed local citizens and law enforcement communities across the state. Critics against the unexpected acquittal now say it was either the CSI effect that influenced the jury to find a previously deported illegal alien “not guilty of murder.”

Or, as one enraged citizen said, the jury’s mental processes were inoperable to come to a ridiculous and unjust verdict in a case where the defendant Romain confessed his guilt in shooting the deputy following a traffic stop after he had done a drug deal.

Plus, evidence proved Romain’s fingerprints, not the deputy’s brother’s prints, were found on the AK-47 assault weapon that Romain said he used to blow the officer away because he thought she was stopping him simply because he was a Mexican. Investigators also discovered traces of the deputy’s blood on Romain’s shiny old-school Cadillac.

So again what went wrong? Prosecutors had a slam dunk case.

“The jury were cowards and for whatever reason decided to believe a murdering drug dealer,” said Russell Greathouse, the deceased deputy’s father.

“My son Ryan had a drug addiction. He admitted to it, but he’s not a liar, and not capable of killing his own sister.”

“Roberto Romain set a new standard for cruelty and depravity, which for some reason, was good enough for this jury.”

“This was a matter of jurors seizing their moment and doing something big. They were inspired by Hollywood, not the truth.”

“They traded their oath for a chance to ‘star’ in a courtroom drama,” the deputy’s father concluded.

(1) that Romain, during the commission while attempting to avoid apprehension and prosecution for a felony drug violation, intentionally killed Deputy Fox.

(2) the first six counts alleged distribution of methamphetamine(three counts), and possession of a firearm in furtherance of a drug trafficking crime. Additionally, Romain is charged with one count involving discharge of a firearm in relation to a violent crime.

(3) final count against Romain alleges he was deported from the U.S. back to Mexico in September 2005 – but that he illegally re-entered the country.

Federal drug trafficking related to the death of a law enforcement officer carries a stiff penalty.

“The potential maximum for a conviction on this particular charge is life in prison,” U.S. Attorney Barlow stated.

Although Roberto Romain confessed to authorities in Beaver Utah that he killed Deputy Fox with an AK-47 during a traffic stop, Romain, now 41, testified in his own defense during trial in Spanish Fork in August 2012, and said, it was the deputy’s brother, Ryan Greathouse, who shot and killed his own sister.

As previously mentioned, Greathouse and Romain were doing a drug deal as well smoking meth together the night the deputy was murdered. Romain also said Greathouse didn’t realize it was his sister until after the shooting, and that (Greathouse) began crying, and that suddenly Greathouse threatened him into taking the blame, which, according to Romain, forced him to confess the murder.

Prosecutor Patrick Finlinson introduced Romain’s fingerprints lifted off the recovered AK-47 used to shoot Fox. Romain insisted the reason his prints were on the weapon because he had handled it before the deputy’s brother reached across him and pulled the trigger on his sister.

Jurors defended their decision to acquit Romain in the officer’s death, citing the lack of evidence on Ryan Greathouse that made it difficult to convict Romain “beyond a reasonable doubt.”

In a devastating twist to this sordid drama of drugs, assault weapons and a cop’s murder, three months later in April 2010, the slain deputy’s brother, Ryan Greathouse, died of a drug overdose in a Las Vegas apartment. During Romain’s trial in August 2012, prosecutors vigorously tried to introduce Greathouse’s statement against Romain, a statement with corroboration that only Romain killed the deputy, and not Greathouse, as described by Romain’s testimony.

What the jury didn’t know, during pretrial motion hearings, was that Judge Donald Eyre had ruled that Greathouse statement was inadmissible hearsay and the jury could not hear it.

“Blame the guy who can’t defend himself,” argued Finlinson. “Ryan Greathouse did not kill his sister,” the emotional prosecutor told the jury.

“All of the credible evidence points to the inescapable fact this defendant killed Deputy Josie Fox, and ran away,” Finlinson concluded.

Defense attorney Steve McCaughey said “prosecutors failed to present enough evidence for a conviction beyond Romain’s original confession to police, which Romain said he gave because he feared for his children at the hands of Ryan Greathouse.”

“Mr. Romain knew what Mr. Greathouse could do,” McCaughey told the jury.

On August 17th 2012, after deliberating eight hours, the jury declared Roberto Romain “not guilty of murder” in the shooting death of Deputy Josie Fox.

Though Romain was found not guilty in Deputy Fox’s murder, Judge Eyre imposed a 10-year prison sentence for Romain to serve on charges of tampering with evidence and possession of a dangerous weapon in connection with the officer’s death.

“In my opinion, Judge Eyre said in a angry voice, you got away with murder!”

Complicating the case was no video footage mounted on Deputy Fox’s dashboard in her patrol vehicle. The dashboard video probably would have made the case “open and shut,” the jurors said, although they were not informed that Fox’s mounted camera was broken at the time.

“We wondered about a lot of evidence,” juror Nicole Kay said. “We didn’t have any evidence within the 10 minutes between when the drug deal happened and when Josie Fox was dead.”

After law student Jared Trent examined the autopsy report and the diagram of Fox’s wounds, he didn’t believe the trajectory of the bullets as shown in the diagram presented by the prosecutor.

Other missing evidence created suspicion. Where were Ryan Greathouse’s cell phone records? Where was his full account of the night his sister was killed? The jury wanted to know.

Jurors also questioned: why the deputies didn’t immediately pull over Greathouse ‘s truck after watching him meet with Romain on the rural road in McCormick Utah to do the drug deal?

And why no testing of Greathouse’s DNA against the evidence?

“They had never gone to any sort of effort to eliminate the brother as a potential suspect,” the law student told the Salt Lake City Tribune.

Even Romain’s confession indicating he killed the deputy triggered reasonable doubt for this conscientious jury. They recalled straining to hear Romain’s guilty confession because the investigators who recorded the confession mistakenly placed the microphone near a humming air vent, thus rendering major parts of the audio inaudible.

“Going through the confession, some parts we could make out – it seemed to indicate that Romain was denying any knowledge of Ryan Greathouse,” law student Trent explained.

“Why would he make up that he was smoking meth with a stranger? That lent some credibility to his testimony.”

Trent added. “If Ryan Greathouse threatened Romain into being the fall guy, maybe the story fit.”

Praising the U.S. Attorney’s Office for bringing new charges against the man who she believed killed her daughter, Cindy Greathouse said, “we’re thankful, it means justice for our daughter and son,” the woman lamented.

Defense McCaughey said in an email that he expects the motion to forbid Roberto Romain from being retried due to “double jeopardy” will first be denied.

“Then we’ll be taking an interlocutory appeal to the Tenth Circuit for reconsideration.”

A trial date for Romain had been set for November 25th, but that date has come and gone, and attorneys expect the trial to actually begin in December or early next year. Now, the justice system will have a second crack at the man declared not guilty in the murder of Deputy Josie Fox.