Keller, Texas is north of Fort Worth and northwest of Dallas. After Greg Williams was shot, Michele Williams moved to Flower Mound, which is just up the road north of Keller. Michele was arrested for Greg’s murder on Monday, which was MLK day. The incident (resulting in her arrest) occurred on October 13, 2011, but is just now capturing the attention of the media (and by proxy the people).

Nancy Grace featured the Black Widow story last night and I wisely thought to hit the DVR record button, thinking I’d pursue additional research on just what might have happened. (The greatest perk is) Michele’s 911 call that night (October 13th), that seems to be going viral on the internet, as she frantically explains a ninja intruder (naturally, dressed in black) broke in and shot her successful husband in the head. One Dallas/Fort Worth reporter even called it an Academy Award performance. 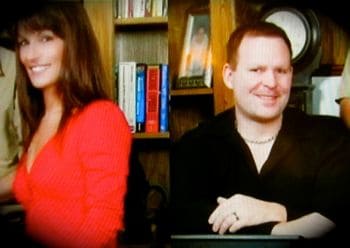 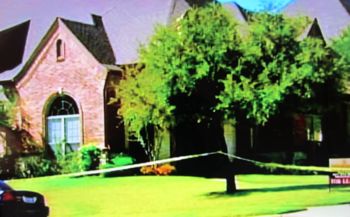 I heard mention of a $650,000 life insurance policy of Greg Williams, so this may be a clue as to her motive. Yet the crime scene itself makes it seem more like many of the details weren’t quite ironed out too well, by the time Michele calls 911. Why leave a 45-caliber handgun (the murder weapon), a shell casing, and a wrench by the back door? The ninja intruder wouldn’t leave his gun behind when fleeing. Oh yea, Greg committed suicide, and she rearranged things to save Greg any future humiliation.

The part about the drugging of Greg wasn’t completely explained yet. One would think there must have been traces of drugs left in Greg’s system obtained from autopsy reports, or perhaps the cops also found a pill bottle or two that could be linked to a toxicology report from the coroner.

I’m having to fill in the cracks on this ‘sedating apparatus,’ but one has to assume the Keller police have something solid to think the commission of a horrible, premeditated homicide (the killing of your own spouse) went down in just the way it did. What had raised Michele’s ire so high that October evening that she would go through with such a half-baked scheme? Crime of passion or cold-blooded, premeditated murder? I lean towards the former.