Why is a Socialist Democracy a lie? This subject is discussed below, but first, the Breaking News Daily. 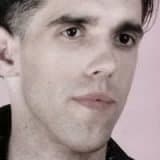 CNN reported that the MGM Grand owners are suing the survivors of the Las Vegas shooting attack. We read the legal doc, and unless there is another document out there, it is not a suit, it is a motion to dismiss liability. There is a big difference, and CNN should know that.

The AMA came out with an absurd new survey result that alleges that kids who spend too much time online are at greater risk of getting ADHD. We believe that those who spend too much time believing surveys that support the psychiatric industry and noted by the AMA are at a greater risk of being a victim of one of the greatest killers in the USA; prescription drugs. ADHD is a lie. Visit our friends at www.CCHR.org for more information.

Socialist Alexandria Ocasio-Cortez has reportedly urged activists to invade and occupy all U.S. borders, American airports, and every I.C.E. office across the country.

The so called Democratic Socialism wave that is sweeping NY state, parts of California, and other areas of America is – let’s be real – not democracy, but socialism. The myth that “no one should be too poor to live” sounds nice at face value, but is it realistic? I have surveyed many homeless people, and of those many that are not from abusive situations, drug addicts or so mentally ill that they cannot communicate effectively, many of them simply do not want to work.

Should society then be forced to pay for a man who is so lazy or stubborn that he refuses to labor? One could argue that the compassionate thing to do with the homeless is to consider and treat such a person as mentally handicapped, and care for them anyway. There are indeed enough altruists among us who believe in compassionate, free hand outs (I have done this many times); without forcing a pseudo altruism upon the entire nation / state.

Factually, most problems are self created. Yet forcing anyone in a society to pay for those who cannot or refuse to care for themselves is not fair. What one does with the rewards of their labor must be consensual, in a free society. Further, to reward those with pay who do nothing, merely serves to encourage an existence slightly above death, and helps no one – save for perhaps the altruist feigning moral worth at the expense of destroying another’s self-determinism.

Communism, Socialism and the welfare state are a trap, leading to the destruction of an individual and the progress of a free society. Instead, we need to teach education as to how to make money, how to be mentally well, and how to care for and sustain one’s life, and progress towards one’s goals, in the spirit of independence, and a self sustaining preservation of body, mind, and spirit. A socialist democracy is a myth; it is socialism, which invariably leads to a communist dictatorship; and ultimately is a war against freedom.

Who is to decide who pays and for what, and how much, and how long, and for who, in such a socialist agenda? The lawmakers. And how is the only way any law is enforced? Through the coercive threat of violence, death, or imprisonment by way of a brute police ‘force.’ Socialism and Communism are tyranny, and the advocating of it seeks to rob an individual of their profits in the name of the so called “common good.” The call for Socialism or Communism is indeed the advocating of a slave state, no matter what moral high road one failingly attempts to dignify it’s worth.

Steven Cohen (D-TN) has suggested that the U.S. military remove Trump from office, accusing the President of being a puppet of Putin.

Trump has made a new statement stating that he miss-spoke during his widely viewed statement with Putin. During the press conference, he stated that he believed Putin, who he stated was very strong in stating that Russia did not meddle in the U.S. election. Trump later stated he meant to state that he saw no reason to not believe that Russia did meddle. Meanwhile, Putin stated in an interview with Fox, that if the accused Russians did interfere, he claimed they did not work for the Russian Federation.

Factually, members of the Russian Federation have reportedly made numerous hacks or attempts thereof upon American businesses, and; according to American intelligence sources; the DNC.

The lovely and talented actress Natalie Portman has a new video out defending animal rights, seen here as follows;

Many from the alt-right are accusing liberals of wanting to destroy gender. While it is an adult’s right to do what they want with their own body, factually, there are only two real genders; male or female. With that stated, Britney Spears, who is clearly all woman, has reportedly just released a new perfume that is gender neutral. While seemingly a new idea, Calvin Klein had a similar perfume for men or women back in the 90’s. Flashback video here to Britney’s cover of Bobby Brown:

Considering that Ali Khamenei banned allowing international inspectors into Iranian military sites, which factually could be used for nuclear-related activities barred under the agreement, and that the IAEA has avoided requesting access to any military sites since the deal went into effect during inspection, and that Iran did throughout the terms of the deal continue to call the USA an enemy and threatened that the USA would pay harshly if it cancelled the deal (which amounts to blackmail); the Iran Deal was therefore indeed a ridiculous and bad deal that should never have happened, that rewarded an avowed enemy of the USA, with no guarantee of non-proliferation.

The USA should never have signed the deal or even considered it ‘unless’ military site locales would have unfettered access to them by international and U.S. inspectors. With this stated, most people of Iran are good and beautiful people. It is only the despotic regime there that needs to be ended.