NewsBlaze News
Home Thoughts Opinions We’d Like to Forget The Story of a Bride Dying in Her...

I came very close to rejecting this subject this morning. When I heard that Estrella Carrera, 26, had been found in her Burbank, Illinois apartment bathtub dead, and still wearing her wedding dress, a silver sequin cocktail outfit, I rolled over in my bed and gasped out-loud with a mournful sigh of despair.

Not many knew of Estrella’s Friday night wedding and it sounds as if that’s how she wanted it to be. No, this is the sort of story you hope will go away, yet it obstinately lingers in your subconscious mind like a cancer that will undo you. 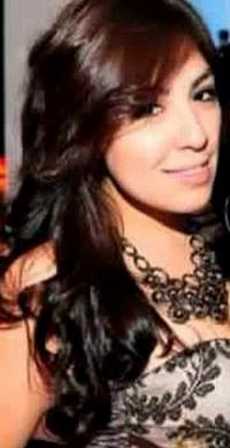 We get some bits and pieces (in news accounts) by way of a biographical sketch on the ‘Wanted Man’ husband, Arnoldo Jimenez, 30, but most of what we’ll think regards the unspeakable things he did to his bride, probably no more than 24 hours after he married her, Friday afternoon at Chicago’s City Hall. One might gather, the cautious manner by which Estrella embraced the impending marriage, throws a wet towel on its sincerity or authenticity. *(Something else is at play here?)

More particulars on the restaurant reception (from say, The Chicago Tribune) after the afternoon wedding, as to the timbre of conversation, whether pleasant or testy, are most welcome. And then we hear the party moves over to a nightclub by way of a rented limousine, and the newlyweds are last seen at 4 AM, in a wee hour of Saturday. One can’t help but wonder, how much did they have to drink? And more specifically, how much did Arnoldo Jimenez have to drink?

Jimenez flees this humble red brick apartment (you’ll want to look at some news footage of the building, because it helps to set the context of this ghastly tragedy) in a 2006 black Maserati after he had stabbed his bride to death, Estrella Carrera, and, I assume, then placed her body in the bathtub with her wedding dress still on her (apparently). What was the nature of a horrible row they must have gotten into? What set off his rage?

We might even ask why the couple would bother with getting married at all? Since Estrella’s body wasn’t discovered until sometime on Sunday, when she failed to pick up her kids from her family, Arnoldo Jimenez had plenty of time to get away. He even had enough time to leave Chicago and to get out of the state of Illinois. He’s wanted on a first-degree murder warrant and will be twice-burnt toast once he’s apprehended. This time there’s no easy way out of this jam, Arnoldo!

What made you snap last Saturday (or possibly, early on Sunday), Jimenez? The couple hadn’t been living at this ruddy-bricked apartment (in the 7800 block of Rutherford Avenue, an adjunct to the larger Chicago metropolitan area), for but a couple of months. One neighbor, Jason Takarczyk, had casual contact with Estrella, and thought of her as ‘quiet as a mouse.’ Jason believed she lived alone with her children, and didn’t notice Mr. Jimenez around too much (if at all).

But some family members were observant of the problems that existed between Estrella and Arnoldo. A cousin, Sandy Lopez, noticed that Estrella had invited her to the party but had failed to tell her she was getting married. This tells us a great deal about how Estrella had coveted the facts surrounding her impending wedding. But why get married at all, if you have so many doubts about the possibility of success in your nuptial vows? The nature of her motive for securing these vows (in the first place) gets at the heart of what may have (terribly) gone down that fatal night, which was anything but the bliss of a fresh marital contract.