New Religion Calls For The Re-Release of The 1992 Film

Members of The New Age Religion “The Religion of Power” are calling for the Spike Lee film Malcolm X, staring Actor Denzel Washington, to be re-released in theaters.

The film was a big success for Lee and Washington when it was released back in 1992. It earned Denzel Washington an academy award nomination.

This new religion, developed by Prophet – King Nazir Muhammad, regards Malcolm X as a “Prophet.” And the religion’s members feel with all of the racial injustices going on around the country, the re-release of the film would score well at the box office.

Members of the religion say they feel that because African Americans lost Malcolm at the hands of Black Muslims, it would be a necessary, if controversial move, to show black youth the truth about the life of this great Muslim activist.

This movie, or at least the murder of Malcolm X, shows that although black lives matter, it was black men who killed this Malcolm X. In the moment of his death, he was immediately changed from a leader of black men and women, to an icon,

Could This Movie Increase or Decreased Racial Tensions? 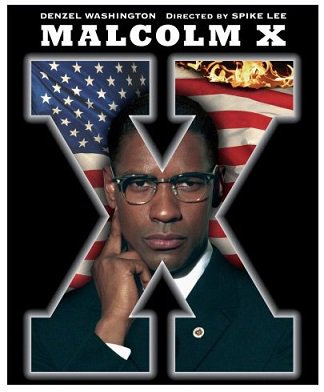 For many who do not know, Malcolm X was gunned down in front of his family after being constantly harassed by The Nation of Islam. It was a death that landed Louis Farrakhan the position as leader of The NOI. Recently, it has been announced that Farrakhan is planning a new march on Washington, in October 2015.

What many of today’s youth do not know is that Minister Farrakhan was among those who called for the death of Malcolm X.

But now The Religion of Power believes that “resurrecting” this movie back into the conscience of America’s youth will shed light on the fact that racial tensions are nothing new in America. And it shows that black America has had leaders like Malcolm X who were more active and outspoken than the leaders of today, but where killed by the very ones they attempted to save.

It remains to be seen if Warner Bros. and Spike Lee feel this highly controversial bio pic Malcolm X is worth taking the flack they will receive by re-releasing it now.