The holy Quran has got the highest place among the Islam scriptures and at the same time it has become a great centre of criticism. It is well known that the involvement of the Muslims in the increasing terrorist activities in the world has given a timely chance to criticize to the critics of the Quran.

I have mentioned in many of my articles that the first sufferer of the so called terrorism was Hazrat Mohammed himself and his family, just after a few years of the rise of Islam. Yazeed, the then cruel ruler of Syria who considered himself a Muslim and follower of Islam was on one side in the war of Karbla. On the other side Hazrat Husain, was a successor of the Holy Quran with all the Islamic teachings and traditions of Hazrat Mohammed.

Yazid created that rare history of cruelty which is an example. On the other side Hazrat Hussain too, with his sacrifice along with the sacrifice of the 72 members of his family, in the war of Karbla for the protection of Islam showed a rare example. Obviously, one of these two can be accepted as the follower of the teachings of the Quran, either Yazid or Hazrat Imam Husain.

I do not know whether the followers of Yazid or of the bloody game played by Yazid survives anywhere in the world. But it is being clearly seen that the extremists in doing cruelty among the Muslims and who take part in inhuman activities of violence tell themselves they are inspired by the Quran teachings directly.

The word Jehad has been taken from the holy Quran. Whatever the meaning it had 1400 years ago, but today it is being directly associated with Jehad. Its greatest proof is that many terrorist organizations, such as the Hizbul Mujahideen, the Indian Mujahideen, & Harkatul Jehad etc. have added the word Jehad with them and have propagated themselves the greatest supporter of it. Then, should these be accepted as the true representative of Islam? If it is so then the fingers being raised against Islam, the Islamic teachings and the holy Quran are right. And if it is not so, then it has to be accepted that the Muslims are not being given the right teachings, the right explanation and the right translation of the Quran. One more question arises under these circumstances. How far the man who teaches the teachings of the Quran is qualified and should be qualified? To what extent the knowledge of the Quran should the teachers have who teaches the holy Quran? 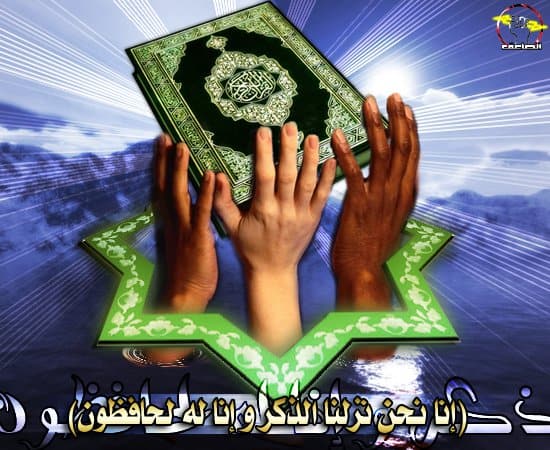 The Muslims of the world claim that Quran is the holy book that is the store of the total knowledge of the past, present and future. According to Islamic thoughts, God gave full power to Prophet Mohammed to understand before that came upon him.

It means that God gave full knowledge to Prophet Mohammed and then slowly the Quran versus come down to him. Since the time of Prophet Mohammed his family gave directions through the Holy Quran, for serving the religious power for about two and half centuries. But today, the teachings of the holy Quran, the way to learn and teach it motives the assumptions of all have totally changed.

About the Quran sharif today, the bitter truth is that the Muslims take it as it is prosperity giver and when crammed it is a scripture that shows the path to heaven. The Muslims of today do not know the hidden philosophy and hidden deep knowledge in the verses of the Quran and even they do not want to know all this. But every Muslim keeps the holy Quran or wants to keep it in his home.

Its reason is that he does not want to learn its teaching but to be good and have the goodness. For that a common Muslim is not to be blamed but the Muslim religious leaders are at fault. Today there are very rare religious leaders who have the capacity to do right explanation of the holy Quran.

How should a teacher of the Quran be? There is a single example which is enough to explain. Presently in the different education system of the world today when a child wants to specialize in a subject, the guardians of the child select an expert and skilled teacher for him.

As the child grows up his standard of education rises and at the same time the degree of qualification of his teacher also goes higher. It means that a teacher who teaches the primary classes is not acceptable to teach the college or the university level. It is a matter of one subject and about teaching of such books that are written by simple men, writers and inventors.

Now, image about the holy Quran who’s every word is claimed to be the word of God. About it, it is said that it is the store house of knowledge which is said to be incomparable to any holy book or the scripture of the world, that are and that would come. Then are these persons who have little knowledge or no knowledge capable to teach the holy Quran or the book from God. Have they knowledge to the extent to understand the secrets and the philosophy of the Quran? If it is not so, then one can not hope from these persons that they are able to answer the criticism raised against the Quran. These persons can not succeed in making the people to understand the significance and greatness of the holy Quran.

Now the need is to prepare such teachers of the holy Quran who do not believe in making it a business to cram the lives of the Quran Sharif or earning goodness to reach heaven but the teachers should be capable to answer the criticism raised against the holy Quran and have complete and deep knowledge of the Quran Sharif just to finish that criticism that is raised against it.