Democrats have been pushing a desperate campaign strategy, in which they falsely say there is a “war on women” by Republicans. Retired Col. Martha McSally, standing at the next election as a Republican against Democrat Rep. Ron Barber, is nobody’s victim.

On Monday, The Wall Street Journal wrote about McSally’s successful challenge to the Democrats’ “war” strategy.

Air Force Col. McSally, 48, now retired is the United States’ first female fighter pilot to fly in combat. The 48-year-old is “a woman warrior,” by her own definition. It will be interesting to see how DNC strategists edge around their weak “war on women” tactic in this Arizona race. It is difficult to see how they could possibly describe her as a “victim.”

McSally is a feisty woman. She already challenged Barber in 2012, losing by less than one percent of the vote. At that time, she said, “I’ve been fighting for women’s rights and women’s equality my whole life.” She told people in her electorate what a real war on women is like.

Republicans within the district and state are enthusiastic about their candidate’s bold speeches and campaign comments that defy the stereotype Democrats have placed on GOP women. She represents one of its best chances to rebut the Democrats’ characterization of the Republican Party as anti-woman casting them as anti-abortion and against pay equity.

Acting as a warrior, McSally sued the Department of Defense, challenging the military policy that required US servicewomen stationed in Saudi Arabia to wear the body-covering abaya when traveling off base. That was 2001, and she won the suit.

The Post reported that Congress approved the legislation for that military policy, and they allocated taxpayer money to buy the body-covering clothing. Ten years later, Martha McSally criticized the military for ordering women soldiers to wear head scarves in Afghanistan.

The Arizona Star reported that in the campaign finance stakes, McSally raised $441,105 against Barber’s $422,799, in the first quarter of 2014. That addition brings McSally’s total to more than $1.2 million since she announced her second challenge to Barber.

The National Republican Congressional Committee is pleased with the result. Committee spokesman, Daniel Scarpinato, said McSally’s contributions in the first quarter was “the highest in the country for a Republican challenger.”

McSally represents a nightmare challenge for Democratic strategists, who have no positive record to stand on, and have sought to demonize Republicans with their phony stance. This will be a race to watch in the lead up to this year’s midterm elections. 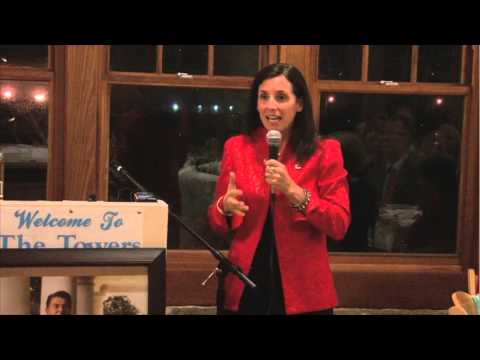