Is it possible there is a piece of legislation that is supported by almost everyone in this country? The only people I think will not be happy are postal workers, of course, and a small number of customers.

“This legislation will restore cost of living adjustments for our military retirees and not only replace the savings but nearly triple them, saving $17 billion over 10 years according to conservative USPS estimates,” Darrell Issa, the California Republican, and chairman of the House Oversight and Government Reform Committee said, in a statement Friday.

Congressman Issa introduced a bill reversing military pension cuts made in a bipartisan agreement budget deal in 2013. To fund the restoration of military pension payments, U.S. Postal deliveries for letters on Saturdays are to be eliminated, according to Postal News.

“The common sense reform will help restore the cash strapped Postal service to long-term solvency and is supported by the president and key congressional leaders in both chambers, he said, referring to President Obama’s recommendation to eliminate Saturday service in his budget proposal,” – Darrell Issa 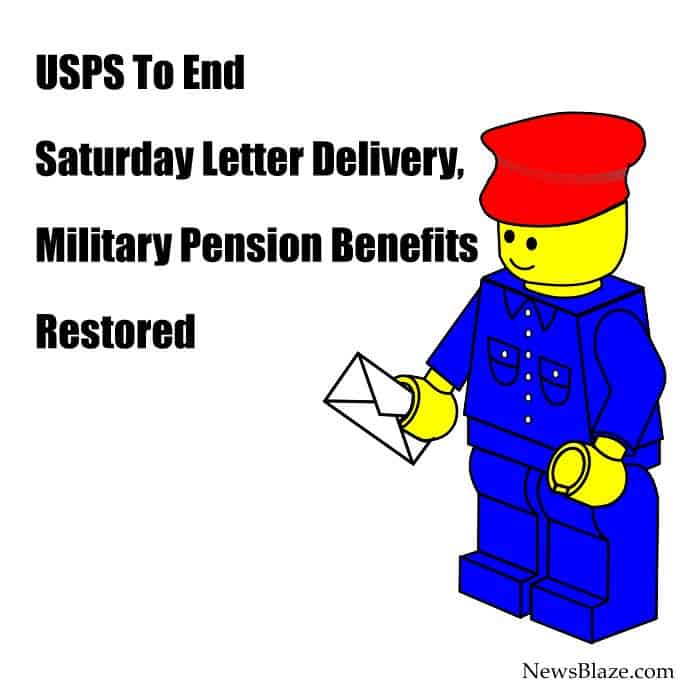 This change will not affect delivery of packages, express mail, and priority mail, so as not to disrupt business transactions.

The USPS has been trying to eliminate Saturday letter delivery for years, but was unable to. Now that the cash-poor Postal Service cannot meet its obligations to a retiree healthcare trust fund, something had to change, and cutting Saturday Delivery was an easy choice.

The estimated savings of this move are approximately $2 billion a year. That would be a relatively small but welcome relief to a federal institution that lost $16 billion in 2012.

It’s hard to imagine much opposition to the plan by Washington lawmakers or tax payers for that matter.