On Friday, United States District Court Chief Judge B. Lynn Winmill issued a preliminary injunction against an Army Corps of Engineers “regulation” which prohibited the carrying of loaded firearms, or even unloaded firearms if one also possessed ammunition, at the over 700 dams and surrounding recreation areas managed by the Army Corps of Engineers.

Chief District Court Chief Judge B. Lynn Winmill is a 9th Circuit Court Federal judge and so it is unlikely that the Army Corps of Engineers is going to recognize his authority in other Federal Circuits and like all district court injunctions it might be stayed pending an appeal so don’t make immediate plans to bring firearms with you the next time you visit Federal land managed by the Army Corps of Engineers. 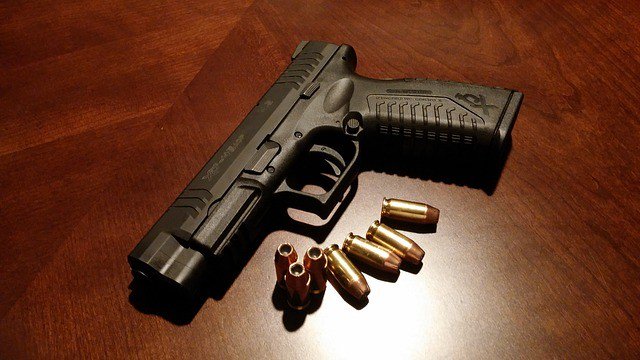 Had Chief Judge Winmill looked a bit more closely at my case, instead of just looking at the judge’s denial of my preliminary injunction, he would have discovered that the only time one can carry a loaded or unloaded firearm for the purpose of self-defense in public in California is when one finds himself in “grave, immediate danger” and even then only for the brief interval of time between notifying the police and their arrival.

Since it is illegal to even possess a loaded or unloaded firearm in public for the purpose of self-defense in California, it is impossible to use one for self-defense unless of course the firearm should fall from the sky.

Even those non-defense related exceptions for carrying firearms (e.g., hunting, target shooting) require the firearms to be transported directly to and from places where it is legal to possess a firearm. If you deviate from traveling directly, such as to pick up a friend or supplies, then you are in violation of California law.

The most common place where it is illegal to possess a firearm is in the area immediately surrounding your home. The anti-gun California courts have decided that unless your private residential property, including your driveway and sidewalk, is fully enclosed by a tall, sturdy, non-cosmetic fence or other barrier then your private, residential property is a “public place” where you can be arrested, prosecuted, fined and sent to jail or prison for merely possessing a firearm.

I am glad that Chief Judge Winmill gave me one third of the credit. I will be happier still if the Army Corps of Engineers appeals the injunction all the way to the US Supreme Court and the injunction is upheld.

However, since it is now theoretically legal to openly carry firearms on the Federal lands managed by the Army Corps of Engineers and should the Federal Government appeal the injunction, the High Court is far more likely to hear the appeal.

Depending upon how my case is decided, either Attorney General Kamala Harris or I (or both) will be filing an appeal with the 9th Circuit Court of Appeals this winter or early Spring.

“[A] right to carry arms openly: “This is the right guaranteed by the Constitution of the United States, and which is calculated to incite men to a manly and noble defence of themselves, if necessary, and of their country, without any tendency to secret advantages and unmanly assassinations.” District of Columbia v. Heller, 128 S. Ct. 2783 – Supreme Court (2008) at 2809.

“Like most rights, the right secured by the Second Amendment is not unlimited. From Blackstone through the 19th-century cases, commentators and courts routinely explained that the right was not a right to keep and carry any weapon whatsoever in any manner whatsoever and for whatever purpose. For example, the majority of the 19th-century courts to consider the question held that prohibitions on carrying concealed weapons were lawful under the Second Amendment or state analogues.” District of Columbia v. Heller, 128 S. Ct. 2783 – Supreme Court (2008) at 2816.