As you probably know, I was a guest on Fox & Friends earlier today to discuss two immigration stories that are in the news.

The first story deals with the fact that even as the administration is sending National Guard troops to the border that is supposed to separate the United States from Mexico that alien smugglers are taking to the tactic of smuggling aliens from Mexico into California by boats.

The second story deals with how the State Department, led by Secretary of State Hillary Clinton sent a report to the United Nations making the outrageous assertion that the United States was attempting to protect human rights by suing the State of Arizona in an effort to prevent the law enforcement officials of Arizona from enforcing immigration laws!

If you missed my appearance on Fox & Friends this morning, you can watch my segment here:

It is time for the politicians in Washington to live up to their oaths of office as well!

They must take to heart the statements made by the union leaders who represent the employees of Immigration and Custom Enforcement and do whatever is necessary to address these massive deficiencies as quickly and effectively as possible. The security of our nation and the safety of our citizens must, without equivocation take priority over any political goals or agenda.

It is unacceptable that the citizens of this nation be alienated by their own government especially where border security and the enforcement and administration of our nation’s immigration laws are concerned!

A country without secure borders can no more stand than can a house without walls!

We the People, throughout this nation must seek opportunities to make it clear to our political “representatives” that we understand their game plan and won’t tolerate it!.

I believe our nation’s is greatly benefited by the rich diversity of our people which is why I could never imagine living anywhere except New York City, arguably the most diverse city in our nation if not, in fact, the world. However, my idea of diversity most certainly does not include members of MS-13, the Mexican drug cartels and members of al-Qaeda! 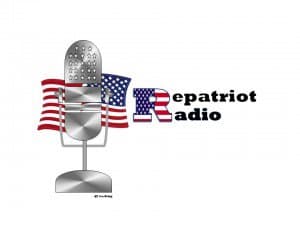 We the People can add to the consternation of those politicians who are failing to live up to their oaths of office by contacting them and making it abundantly clear that election day is coming and they should think of election day as their personal “Day of Reckoning!”

Our government must live up to its obligation of protecting its own citizens and, indeed, all who are present in our country from the criminals and terrorists who would threaten our lives and the survival of our nation and our way of life. In the end, the government is actually those who are elected to act as our “leaders.” Those who fail to truly lead and look out for those they are supposed to represent, need to be sent packing this coming Election Day!

If our country is to survive and if our children and their children are to get their share of the “American Dream” the citizens of this nation must take their citizenship seriously!

We the People must be the best citizens we can be, citizens who are worthy of the gallantry demonstrated by our valiant men and women in the military, law enforcement and firefighters, who routinely go in harm’s way in defense of this nation and our citizens.

My goal is to point out our nations many failings before more victims pay the ultimate price for the incompetence and ineptitude of our government.

The first step in problem-solving is to first identify the problems and vulnerabilities and then devise strategies to overcome them.

Any politician who refuses to work to secure our borders and create an immigration system that has integrity is either corrupt or too dumb to keep his (her) job. Any politician, irrespective of party affiliation who favors Comprehensive Immigration Reform and the outrageous betrayal that this would represent given the national security implications that this program would have, should be shown the door at the next election!

If you find yourself to be in agreement with what I had to say, I ask that you forward it to as many of your friends and family members as possible and encourage them to do the same. We need to create a “Bucket Brigade of Truth!”

In just two months, each and every member of the House of Representatives is up for reelection. More than one third of the members of the United States Senate will have to face their constituents. They need to be reminded that they work for us, We the People!

However, the practice of good citizenship does not end in the voting booth, it only begins there.

The large scale apathy demonstrated by citizens of this nation has emboldened elected representatives to all but ignore the needs of the average American citizen in a quest for massive campaign funds and the promises of votes to be ostensibly delivered by special interest groups. There is much that we cannot do but there is one thing that We the People absolutely must do- we must stop sitting on the sidelines!

The collective failure of We the People to get involved in make our concerns known to our politicians have nearly made the concerns of the great majority of the citizens of this nation all but irrelevant to the politicians. I implore you to get involved!

If this situation concerns you or especially if it angers you, I ask you to call your Senators and Congressional “Representative. This is not only your right- it is your obligation!

All I ask is that you make it clear to our politicians that we are not as dumb as they hope we are!

This is neither a Conservative issue, nor is it a Liberal issue- simply stated, this is most certainly an AMERICAN issue!

Democracy is not a spectator sport!

Click on the links below to RePatriot Radio and listen to the internet radio show I host on Friday evenings from 7:00 PM to 9:00 PM Eastern Daylight Savings Time: