Looking back at over 1450 years of Islam, we would find that maximum damage to the image of this holy religion has been done not by its opponents, alleged Kafirs (non believers) or other enemies of islam, but unfortunately by those who proudly recite Kalma in the name of Allah and call themselves the true followers of Islam.

Whether it was the internal conflict during the time of the Prophet, the period of Khilafat and Imamat, the battle of Karbala or violent expansionism, terrorism or plundering in the later period in the name of Islam; we can see that no non-Muslim society, group or community was involved. How can a religion like Islam, which spread so fast to become the second most followed religion in the world, is today equated with terrorism? Not only terrorism, lately Islam has been in the storm of many controversies.

For instance, there is an ongoing debate amongst various groups of Muslims on the issues of female education, music, hijab, costume, beard etc. Usually, such issues come to the fore when some Maulvi or cleric representing a responsible authority, gives a controversial statement. In this age of social media, any type of controversial statement delivered by a cleric of any country spreads across the world in no time. Such statements are then debated upon, praised and mocked upon at different social networks. Some time back, such a controversial statement by a Maulvi of Egypt was broadcast on TV. He might have thought that his statement was in the interest of the Islam. But actually, it did the opposite. 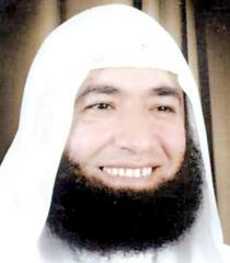 A famous Egyptian cleric Mahmood Al Masri found saying on TV that even though lying is a crime in Islam, yet in certain circumstances a Muslim can tell a lie. To give weight to his argument, he alluded to a story. As per the said story, there was a Jew living in neighborhood of a Muslim. That Jew was very honest and talented. The Muslim guy thought of inviting him to convert into Islam. One day he asked his Jew neighbor about his views on Islam and exhorted him to become a Muslim. On this, the Jew replied that Islam was definitely a good religion and he liked it very much. But his problem was that he was an alcoholic. He couldn’t stay away from liquor. Hence, he couldn’t follow Islam, since Islam strictly prohibits the use of liquor. On listening this, the Muslim trick fully assured the Jew that he could continue to drink even after converting to Islam. The Jew couldn’t believe this. He asked the Muslim again if it is possible to continue drinking even after following Islam. The Muslim again replied in affirmative. The Jew got excited. He recited Kalma in front of the Muslim and after due process, got converted into a Muslim. Just after accepting Islam the converted Jew expressed his temptation to have alcohol, the Muslim said, “now that you are a Muslim, you can’t indulge in any anti-Islamic activity such as drinking. If you dared to drink, then that would be treated as a sin and you will be punished according to the Islamic law. The converted Jew got scared and finally stopped drinking.

Through this story, Maulvi Masri tried to explain in which situations a Muslim can lie. But after this was broadcast, Masri had to face a lot of criticism. People mocked at him. Besides, a debate was sparked whether propagation of religion by the use of lies, deceit and terror is justified? Similarly, many such controversies involving various Islamic “scholars” show that the wrong interpretations regarding Islam by these little-knowing clerics since the last 1450 years has brought a bad name to the religion.

Now let’s look at another interpretation of Islam by a famous Indian cleric Kalb-e-Sadiq. On the importance of human life in Islam, Maulvi Sadiq gives a hypothetical example whereby a Roza(fast) observing Muslim, after taking bath and Vazu for Namaaz, is on way to perform Haj with the Haj travel passport in his pocket. On way, he finds a Hindu/non-Muslim drowning in a river and screaming for help. In this situation, Sadiq says, it is the duty of that Muslim to jump into the water and save the life of that non-Muslim. Although doing this will break his fast and wet his passport, after which he won’t be able to perform Haj. But in the eyes of Islam, saving the life of a human being is more important than Namaaz, Roza and Haj. After giving this example, Maulvi Sadiq asks the charlatan clerics and extremists that how can a religion, which attaches the maximum importance to the human life, permit the killing of innocents?

Statements and fatwas by different clerics help initiating a global discourse on the teachings of Islam. Unfortunately, the statements given by the liberal maulvis, showing the humanitarian side of Islam, are less highlighted; whereas the staments and fatwas delivered by the radical Mullahs in which they present Islam in bad light, spread like fire across the globe. Undoubtedly, such illogical, misguiding and baseless examples, stories and interpretations, as told by Masri, play a major role in bringing a bad name to this holy religion of Islam.