Seemingly, a good number of loose-ends are now tied up neatly in Nicole Bennett’s most troubling of homicides. I say seemingly, since with the arrest of this free-lance custodian, Matthew Burton, the case is solved, but not too fast!

Burton’s DNA has been found on Nicole’s body, and this is strong, irrefutable evidence, but there’s something else bothering me nevertheless. I’m not just so clear what it is, but I’ll attempt to explain it anyway, thinking it might clear up as I type it out on white paper.

Well, I must confess, I’ve made quite a few bad calls in my reporting on this case. I learned of the coincidental situation of Matthew Burton’s discharge of employment as a custodian at Bay Shore Community Church (just one day after Nicole’s body was found), on June 27th.

Information about Mr. Burton, a Tier-1 registered sex offender, was published in the Cape Gazette (Questions continue in Nicole Bennett homicide by Rachel Swick Mavity). At the time, which was only two weeks ago, I didn’t believe Matthew truly was the killer of Nicole.

Why, you might ask? Well, it was just too transparent! Why would a serious sex-offender be left alone with Nicole at night, and in a church, no less? Of course, I didn’t know at the time that Burton had pulled his janitor shift (all alone with Nicole) that specific night, when it must have happened (June 14th).

Had I known this, my thinking may have drifted in a different direction. The other clue that spoke of Matthew’s innocence, was his baby face. He just doesn’t look like a mean person to me.

Well, that was naive of me to think that way, but he seemed too obvious. Maybe I watch too many old classic detective shows, such as Columbo or Matlock or Murder She Wrote. Yet it’s usually the case, the TV killer has a canny way about them, so as to conceal their motive or their MO, until a smarter person comes along and exposes their scheme.

Actually, what stood out more to me was the way Bay Shore had tried to dust Burton under the rug.

Gather News just published a piece (Nicole Bennett Murdered by Church Janitor, by Chelsea Hoffman) early this morning that aroused some of these hard questions within me. Did Bay Shore CC strongly suspect that Burton was the one who did this to Nicole, then they quickly let him go to cover themselves? 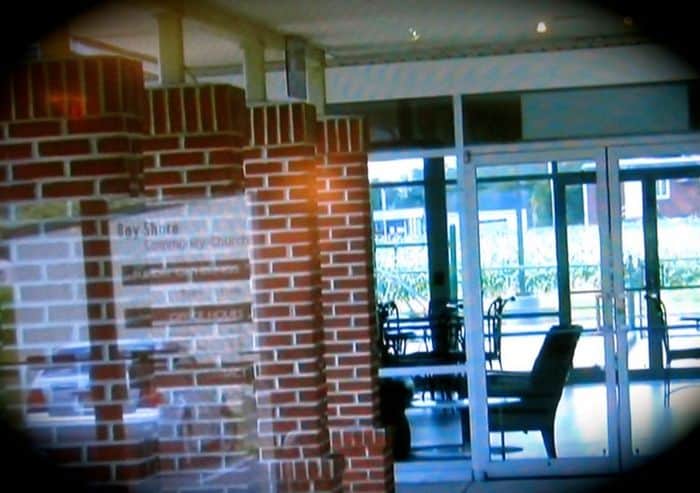 Even more serious, is the issue of Burton’s motive. It has to be asked, and I don’t believe it’s true, but was there a frivolous romantic fling between Nicole and Matthew? Possibly, could she have rejected his advances, then he becomes enraged! I don’t think this is what transpired, but why’d he do it?

And was he a true member of the church? Was he accepted by other parish members? Did Nicole accept him as a real member? And did she realize she’d be alone with this guy at Bay Shore that Thursday night, June 14th?

Again, I’ve had questions about Nicole leaving the Catholic Church (and joining a Protestant church) from day one. I thought I was getting it wrong in thinking there was a lack of sincerity and conviction to her miraculous conversion. Now I’m convinced I was correct in my initial assessment, after watching the ‘Baptism Video’ once again this morning. 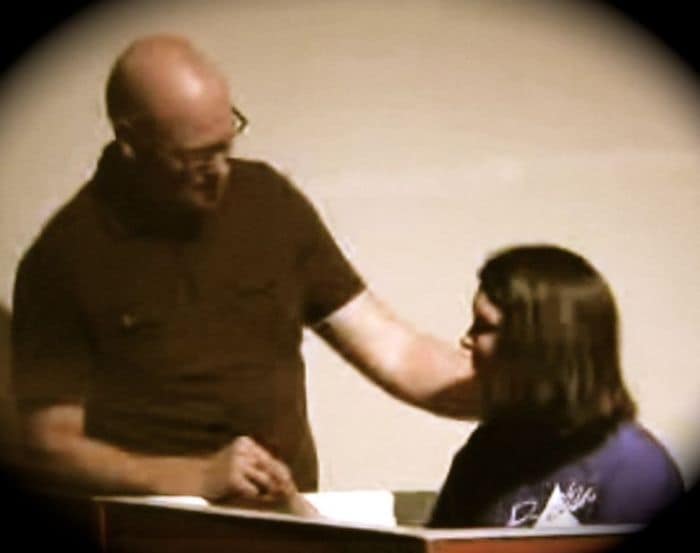 Clearly, she makes the Catholic Sign of the Cross just prior to Pastor Danny Price tipping her head into sacred baptismal waters. Was Nicole playing a dangerous cat and mouse game with her mock religious conversion, that so angered those who vividly saw through her ploy?