There is no question that Derren Brown is one of the best illusionists in the world and his abilities to hypnotise people are amazing.

His latest trick was to predict the winning numbers of last Wednesday’s Lottery, which of course he successfully did, live on TV.

But the question most people are asking is “How did he do it?”

Apparently, he will reveal his secret this Friday, but for those of you who cannot wait that long, here is my theory on how he achieved this amazing illusion.

At the beginning he showed everyone a stand that seemed to contain six balls, these he told us were the numbers he predicted would be drawn in the lottery (some minutes later).

The stand remained in view throughout the draw and the only odd thing happening was Derren holding his hand up against his mouth. 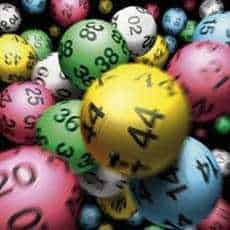 However, it is my belief that the stand did not contain any balls at all, only the illusion of there being six balls, which were probably hollow halves of a ball (or almost half). If you remember, you only got to see one side of these.

Once the draw was completed, Derren (or someone else) allowed the correctly numbered balls to be sent up a tube inside of the stand, which settled into the hollow halves already there.

This would work in the same way that a lottery machine does, using air to push the balls upwards. With the pipe opening at one end of the line, it would be possible to enter the balls in the correct order, as each new ball would be pushed to the other end of the line.

Whilst the stand looked transparent, it was of course not, and the space inside was more than big enough for a ball to travel along. If you look closely at when Derren grabbed the stand (to turn it around), his hand could barely stretch around it.

To achieve this illusion, there must have been 49 balls hidden under the stand, and the six required were either released in order electronically by Derren, or fed into the stand by someone else.

This seems to be the most logical answer to the trick, but hopefully we shall find out for sure on Friday night.