Let’s make this short and sweet. It would be taken for granted by any serious historian that any ideology or worldview would partake of the culture in which it grew up and would also be largely influenced by the personality of the writer of the theory.

No less a genius than the evil Karl Marx noted that even after capitalism succumbed to Communism, society would still be imbued with the class artifacts and cultural values of the system that preceded it. Much smarter analysts than I have noted that the whole system of Marxism, especially its sharp attacks on capitalists as a class, was motivated by Karl Marx’s envy of the much wealthier industrialist/capitalist members of the Marx family.

In other words, major theories do not arise out of thin air. They come from the era in which they arose and are influenced greatly by the personality and background of the writer. (In law, this theory is known as “legal realism.” Judges make up their minds on the basis of their prejudices and then rationalize their decisions by pretending to be bound by prior case law. One might call what happens with ideologies “political realism.” Persons make up their ideologies based on their times and their life situations.) 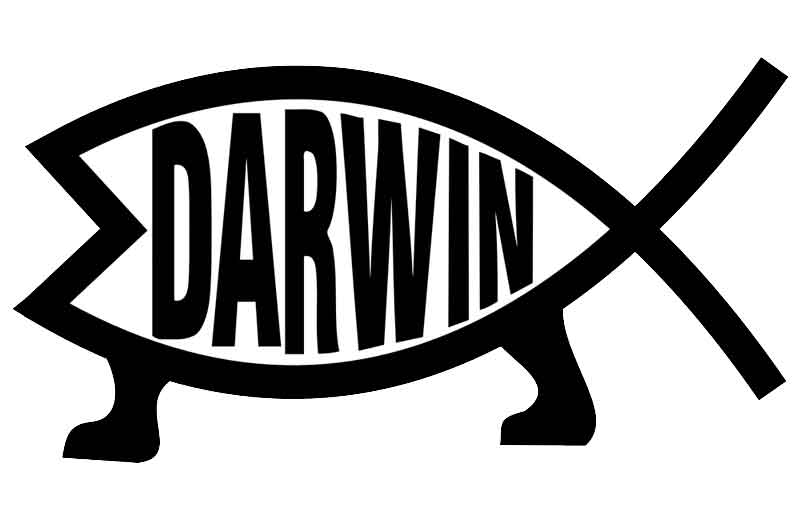 Darwinism, the notion that the history of organisms was the story of the survival of the fittest and most hardy, and that organisms evolve because they are stronger and more dominant than others, is a perfect example of the age from which it came: the age of Imperialism. When Darwin wrote, it was received wisdom that the white, northern European man was destined to rule the world. This could have been rationalized as greed – i.e., Europeans simply taking the resources of nations and tribes less well organized than they were. It could have been worked out as a form of amusement of the upper classes and a place for them to realize their martial fantasies. (Was it Shaw who called Imperialism ” ..outdoor relief for the upper classes?”)

But it fell to a true Imperialist, from a wealthy British family on both sides, married to a wealthy British woman, writing at the height of Imperialism in the UK, when a huge hunk of Africa and Asia was “owned” (literally, owned, by Great Britain) to create a scientific theory that rationalized Imperialism. By explaining that Imperialism worked from the level of the most modest organic life up to man, and that in every organic situation, the strong dominated the weak and eventually wiped them out.

Darwin offered the most compelling argument yet for Imperialism. It was neither good nor bad, neither Liberal nor Conservative, but simply a fact of nature. In dominating Africa and Asia, Britain was simply acting in accordance with the dictates of life itself. He was the ultimate pitchman for Imperialism.

Now, we know that Imperialism had a short life span. Imperialism was a system that took no account of the realities of the human condition. Human beings do not like to have their countries owned by people far away in ermine robes. They like to be in charge of themselves.

Imperialism had a short but hideous history – of repression and murder.

But its day is done.

Darwinism is still very much alive, utterly dominating biology. Despite the fact that no one has ever been able to prove the creation of a single distinct species by Darwinist means, Darwinism dominates the academy and the media. Darwinism also has not one meaningful word to say on the origins of organic life, a striking lacuna in a theory supposedly explaining life.

Alas, Darwinism has had a far bloodier life span than Imperialism. Darwinism, perhaps mixed with Imperialism, gave us Social Darwinism, a form of racism so vicious that it countenanced the Holocaust against the Jews and mass murder of many other groups in the name of speeding along the evolutionary process.

Now, a few scientists are questioning Darwinism on many fronts. I wonder how long Darwinism’s life span will be. Marxism, another theory which, in true Victorian style, sought to explain everything, is dead everywhere but on university campuses and in the minds of psychotic dictators. Maybe Darwinism will be different. Maybe it will last. But it’s difficult to believe it will. Theories that presume to explain everything without much evidence rarely do. Theories that outlive their era of conception and cannot be verified rarely last unless they are faith based. And Darwinism has been such a painful, bloody chapter in the history of ideologies, maybe we would be better off without it as a dominant force.

Maybe we would have a new theory: We are just pitiful humans. Life is unimaginably complex. We are still trying to figure it out. We need every bit of input we can get. Let’s be humble about what we know and what we don’t know, and maybe in time, some answers will come.