We truly live in a world of double standards. The BNP have been accused of being a party of “thugs and fascists” by Nick Clegg of the Liberal Democrats, but it was Nick Griffin (leader of the BNP) who was being pelted with eggs and other objects by an angry mob, whilst trying to give a speech. The media described these people as “protestors,” but had they been BNP supporters, they would have been called a mob.

Most of the major political parties claim to support free speech, and even David Cameron promotes the idea of giving the public more power to make decisions. Unfortunately, when they do (by democratically electing two members of the BNP in the recent European elections), he and his party suddenly want to gag them and change the voting rules to make it more difficult for them to win!

Instead of condemning the people who threw the eggs, the press chose to concentrate on the response of the BNP leader’s security, who were trying to protect Nick Griffin from the attack, something the police should have done, but did not.

The BNP have been branded as racialists (among other things), but make no secret that they are attempting to keep the country in the control of the native British people (at least that’s how it seems), which includes the traditions that have developed over many hundreds of years. Is this so very wrong? 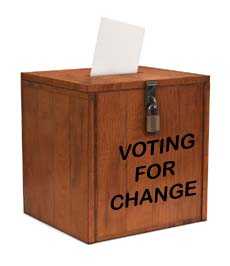 This pride or patriotic feeling for your own country is perfectly natural and is seen in many other parts of the world. In the United States, although originally made up of immigrants, the public are showing resentment towards the increasing influx of Mexicans. The French are concerned about their immigration levels as well. In truth, none of the original inhabitants of any country would like to see “foreigners” take control and force them to adopt new customs (and maybe laws?).

India is another example of a country that quite rightly resented being controlled (by Britain for almost 100 years). Eventually, under immense pressure, Britain had little choice but to give India its freedom. It was wrong for the British to force their culture on India, and it would be wrong to allow this to happen to Britain.

Quite often, when people with non-British origins are targeted (for whatever reason), the media are quick to remind us that they were born here and are British. This is of course true, but if we are supposed to accept immigrants as equal, why do many people refer to their origins so often?

Unfortunately, the error does not end with the Daily Mail highlighting the MP’s origins, Mr. Dhanda, who was talking about the changes he would like to see, made it worse by saying “But to truly change the settlement in favour of the public, the personnel who represent our Parliament will have to change too. At the current rate of progress Parliament will not be representative of its racial, gender or class mix at any time in the next 100 years”

Does he mean Parliament needs more members with immigrant origins, or that existing members should do more to cater for the cultures of minorities? Whilst we should respect Mr. Dhanda’s religion and culture, he should also remember that not all of the people who voted him into power share his beliefs or traditions. Does he consider himself British or Asian?

In another article in The Sun, written by June Sarpong called “Don’t be fooled by the ‘respectable’ mask of the BNP,” who by her own admission is a “second-generation immigrant,” she adds some further comments to the debate.

Oddly enough, she made a few statements that were almost supportive of the BNP. She said “The main parties make the electorate feel so bad about being anti-immigration or for worrying that Britain is changing…The leaders of these parties, together with leaders of ethnic groups, need to have an honest dialogue in communities….Otherwise we risk losing what is so great about Britain.”

I couldn’t agree more. The public do feel bad (or should we say afraid) about being anti-immigration, and are concerned about change. There should also be more dialogue, but unfortunately this is often one sided. The BNP have pointed out that there are many groups and organizations in existence that are designed to help and protect minorities, but the authorities frown on such groups (or political parties) that try to protect the majority.

Sarpong went on to say “Britain would not be Britain without that great melting pot of different cultures.” It is true that Britain has been influenced by many different cultures in the past, but these all happened over much longer and more gradual periods. However, Britain has never experienced the rapid flow of immigrants we are seeing at the moment, with millions appearing in a very short time.

There is nothing wrong with being a “melting pot,” but too much of one ingredient could spoil the recipe.

Whilst she seemed to admire Britain, she mentioned “I’m spending most of my time in the US at the moment.” adding “Yes, they have recently elected their first black president but I have found that people stay within their ethnic group…In the UK they do mix, and diversity works. It adds such vibrancy to society.”

Once again we see a reference to race when she said “first black president.” Not just an American citizen (although some debate that), but “black.” Whilst people continue to differentiate between colour and race, there is always going to be a problem, and while immigrants insist on demanding that their traditions be recognised (when moving to a new country), they will never blend in completely with their new home.

Whenever I have lived in other countries, I always respect the culture and traditions of that country. That’s how it should be, keeping your own customs private and personal.

Sadly, June Sarpong resorts to attacking the BNP towards the end of the article claiming “Happily, 99 per cent of British people still find the BNP and what they stand for totally unacceptable.” She may be surprised to know that her figures are far from accurate, a much higher percentage do support the BNP, but the media have made many afraid to admit it. However, the recent European elections seem to show that things are changing.

The recent BNP success has nothing to do with protest voting, it is more about the fears certain people have about Britain’s future (usual in a crisis) and the inability of the main political parties to do anything about it. The public have lost patience with the current politicians who make promises they don’t keep and have the ability to steal taxpayer’s money without prosecution. The people must decide who they want to represent them, but they need to make this decision for themselves.

Before Tony Blair came to power, The Sun changed political sides and played a big hand in getting him elected. The media is still playing politics by manipulating the public’s view on who to choose, dictated by the people who most benefit from this choice (not the public). Perhaps the mainstream media should stick to reporting the news, not creating it!