Politicians have has a low approval ratings for several years. Rating for Congress are lower than they have ever been. And it isn’t only Congress, President Obama’s ratings are also down, even with his loyal followers, who don’t have a clue about what he is doing.

No matter which side of the political divide they fall, most Americans have had enough.

According to a new Wall Street Journal-NBC News (WSJ-NBC) poll released last Wednesday, President Obama’s own approval rating, as bad as it already was, sank to a record low.

An abysmal 41 percent is his new benchmark for March, down from a terrible 43 percent set in January. Fifty-four percent of respondents said they disapproved of the job he is doing. 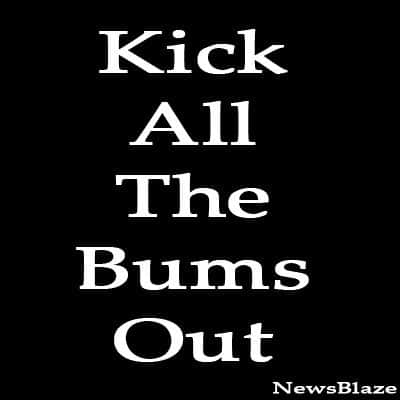 Republicans fared worse than democrats, probably because democrats have been slinging mud and republicans have been ignoring it. According to the poll, only 25% of respondents approved of the GOP, while 45 percent had negative perceptions.

Surprisingly, even though Republicans came out below Democrats, the question of who should control Congress, went to Republicans.

Dissatisfaction with incumbents remains high, as expected in an election year. Apparently, 34 percent of respondents said they are happy with their congressional representative, and 55 percent prefer someone else.

An incredible 54 percent would kick all of the bums out – every single member of Congress – including their own local representative.

This polling came from 1,000 adults, called in a telephone survey between March 5-9, but no word on their location within the US. Pollsters said the margin of error is 3.1 percentage points.

They did say this survey was not conducted with “likely voters,” which they said may skew the results.