Statistically, women are much more likely to become the victim of a serial killer than evolve into a full-fledged perpetrator themselves, but that didn’t stop these ten dames from taking a stab (or swing, or shot) at it. Of all the serial killers documented from 1800 to 1995, nearly 16 percent were women. And while that might not be a staggering statistic in itself, consider the fact that they were collectively responsible for killing between 400-600 victims. Not bad for a handful of wives, babysitters, and caretakers, aye?

When some of those serial killing women were caught and prosecuted, they faced an empathetic judge or jury unwilling to sentence a female to death. But others would have no such luck; they were deemed so calculated and cunning, that only a trip to meet the grim reaper would satisfy the societal thirst for justice. Here then, are 10 female serial killers who were sentenced to death and actually payed the piper: 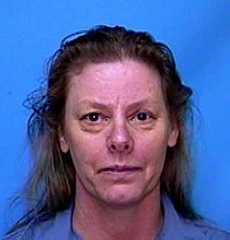 The first ever female to be executed by lethal injection, Margie Barfield poisoned (and subsequently killed) a total of six people: Her husband, whose beer she laced with arsenic (Budweiser, anyone?), her mother, her new fiance, and three elderly adults while being employed as a home-care provider.

Although she was only tried and convicted for the murder of one victim (her fiance, Rowland), Margie received the death penalty, and was executed in North Carolina on November 2nd, 1984. She was escorted to the death chamber wearing an adult diaper under pink pajamas.

Her last meal request? Cheez Doodles and a Coke, duh!

After poisoning her husband to death and collecting the insurance loot, Judy Buenoano decided the money was so good that she needed to find herself another victim. So she set her sights on her 19-year-old son, Michael, and began to methodically poison him, too. When the attempt only left him partially paralyzed, Judy concluded that what Michael really needed was a good old-fashioned canoe trip in the great outdoors. Once out on the lake, she flipped her son’s canoe over, and later collected a life insurance check for his accidental drowning. And just for good practice, she even car-bombed her boyfriend once, too (he survived, and later helped the police unravel her schemes).

Buenoano was granted a stay of execution in 1990, after “Old Sparky” was determined to have emitted smoke and flames during a previous prisoner’s execution. Once the faulty mechanics were fixed, Judy’s tiny frame was strapped to the chair, and on March 30th, 1998, she rode the lightning.

As her last name might suggest, 62-year-old Betty Lou Beets was quite the gardener – only it wasn’t roots and vegetables she buried in the front yard of her mobile home. It was the body of her 5th husband. Betty’s defense of having been a battered woman didn’t hold up so well after the police located a second body buried under her garage, which turned out to be … you guessed it, yet another of her previous husbands.

After ten years of exhausted appeals, Betty Lou was put to death by lethal injection on February 24th, 2000. She declined a last meal, refused to give a final statement, and continues her love for gardening these days by raking brimstone in hell.

Christina Riggs was a determined mother. When giving her two small children a sedative and injecting them with potassium chloride didn’t kill them, she decided to take a more hands-on approach and smother them both with a pillow. Justin, five, and Shelby, two, both died from suffocation. Christina then gave her best sorry-mother performance with a failed suicide attempt.

Riggs was an advocate for her own death sentence, and believed she deserved to die for killing her two children. The state of Arkansas agreed, and she met the needle on May 2nd, 2000. Her last words: “I love you, my babies.”

The first black woman to be executed in the U.S. Since executions resumed in 1977, Wanda Allen served a murder sentence early on for killing a childhood friend. Five years after her release, she killed again. This time, it was her lesbian lover, Gloria Leathers, whom she shot in the stomach.

Wanda felt the cold of the needle sliding into her veins in 2001, courtesy of the state of Oklahoma.

40-year-old Marilyn Plantz also walked the plank in Oklahoma, after hiring her teenage lover, Clifford Bryson, and a friend to murder her husband while he slept. Jim Plantz was ambushed in his sleep and beaten with a baseball bat by the two boys, while Marilyn pretended to be asleep in the next room. Ignoring his plea to her for help, Marilyn eventually got out of bed and ordered them to “burn him.” Her teenage lover and his friend then took Jim to a semi-secluded area in his pickup truck, doused it in gasoline, and set it on fire with him still inside.

Marilyn was lethally injected, and put down like the heartless dog she was, on May 1st, 2001.

The most controversial figure ever on any state’s Death Row, Karla Fay Tucker participated in the brutal slaying of Jerry Lynn Dean and his girlfriend, Deborah Thornton. After her boyfriend robbed Dean of his motorcycle keys and knocked him out with a hammer, Karla Fay finished him off with a pickax to “stop the gurgling sound.” Moving to the bedroom, she found Deborah Thornton, who was hiding under a blanket, and bludgeoned her to death with the pickax, leaving it stuck in her torso when finished.

Her request for a stay of execution from then Texas Governor George W. Bush was denied, and she was executed on February 3rd, 1998 in Texas by lethal injection. She was later overheard on police wiretaps bragging that she experienced an “orgasm” each time she plunged the pickax into her two victims.

Convicted of shooting police officer Roger Motley from behind with a 9mm Glock, and then firing several more shots as he crawled toward his police cruiser, Lynda Block is currently the last female to have been executed by electric chair in the U.S. In a sad twist of fate, Motley had just loaned his bulletproof vest to a rookie officer a week prior due to department budget constraints, and was subsequently left unprotected at the time of the shooting.

Lynda took a seat on “Yellow Mama,” Alabama’s term of endearment for its famed electric chair, and was sent flying to into hell at the rate of 2000 volts in May of 2002. When asked what she wanted for a last meal, she replied, “None … A girl’s gotta keep her figure.”

Pssh. What good is a decent figure if you’re on your way to getting charbroiled anyway?

Think you had an over-protective mother growing up? Think again, because it pales in comparison to the frightening extremes Lois Smith took it to. Upon hearing a rumor that her son Greg’s ex-girlfriend, Cindy Baillee, had been plotting to have him killed, Lois lured her to a motel, where she began choking her in the parking lot. She then forced Cindy into a truck and began stabbing her several times in the neck, while on the way to Smith’s house. When they arrived, Lois taunted Cindy with a pistol, fired several shots at her, and when she fell to the ground, jumped on her neck. After having her son reload the pistol, she shot Cindy four times in her chest, and twice more in the back of her head. An autopsy later revealed that a total of nine bullets were found in Cindy Baillee’s lifeless body.

One can only assume that the death penalty was created for people as wicked as Lois Smith, and as such, she was injected with enough fluid to calm her temper for good in 2001.

See, your mother wasn’t really all that over-protective after all, was she?

One of the most famed of all female serial killers, Aileen Wuornos was responsible for the death of at least seven men, whom she lured with the prospect of sex while working as a prostitute. She would later make the claim that they had all either raped her, or tried to rape her, as her defense. Her story was made into the 2004 movie, “Monster,” and is also featured in various documentaries.

Wuornos was indeed raped by the hypodermic needle, and lethally injected in October of 2002.