Sen. Ted Cruz (R-Texas) “With a heavy heart but with boundless optimism for the long-term future of our nation, we are suspending our campaign.” A self Labeled “Consistent conservative,” Cruz championed what he viewed as the principles of the Constitution. He made no mention of Donald Trump while speaking on his exit from the presidential race.

With an onslaught of stinging defeats as well as being mathematically eliminated from the outright win a week ago, Cruz leaves Donald Trump as the only candidate capable of clinching the nomination outright. Cruz stated although he was suspending his campaign, he was optimistic about the future of America.

Cruz and Trump have been sparring heavily over the past few weeks, and it has become increasingly obvious that Cruz was only delaying the inevitable.

As of today, Donald Trump had 1,046 delegates, Ted Cruz 562 and Marco Rubio 167. Rubio dropped out of the race early, and Cruz was mainly acting as a spoiler against Trump. The republican establishment wanted Rubio, but reluctantly backed Cruz after Rubio retired from the race. It was an “anyone but Trump” type of support.

Having wasted a lot of conservative time and effort fighting each other, Trump can now concentrate on his Democratic rivals. 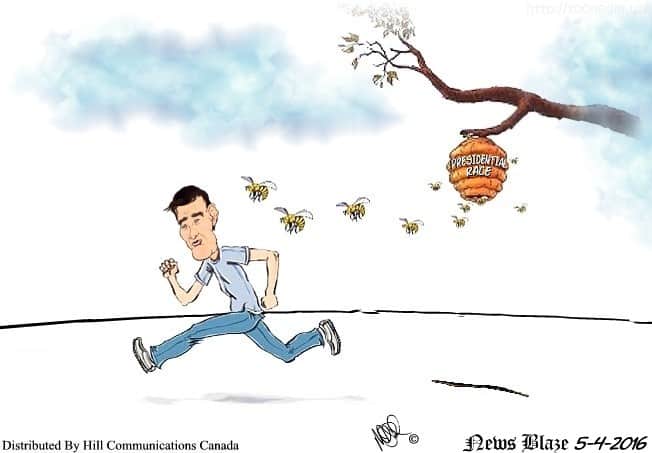