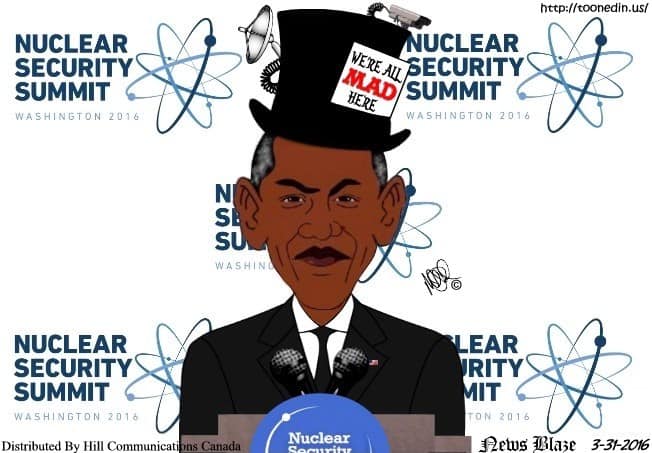 Nuclear Security Summit 2016, Washington DC. United States President Barack Obama hosts leaders from fifty states. Pakistan’s prime Minister has cancelled the visit due to the recent surge of terrorism in the country. Russian President Vladimir Putin also not in attendance. Spokesperson Dmitry Peskov justified Russia’s non-participation in the summit. He said it is due to the shortage of cooperation with the concerned sides in the prioritisation subjects that will be discussed in that summit.

Top of the agenda in this year’s summit will be North Korea’s nuclear program and the threat of terrorists namely ISIS (Islamic State of Iraq and Syria) getting their hands on nuclear weapons. Experts warn that much of the world’s plutonium and highly enriched uranium remains vulnerable to theft at thousands of sites, including universities and hospitals.