Chuck Schumer has accused Donald Trump of allowing the Saudis to get away with anything. But Chuck appears to have a very short memory. He has forgotten that it was the Saudis who gave Hillary Clinton’s Foundation $25million, for no apparent reason, except they wanted something from the Obama Administration, and they’d just completed a meeting with the former Secretary of State.

James Woods hadn’t forgotten that juicy detail, though. Woods let Crying Chuck know that it couldn’t just be swept under the rug. 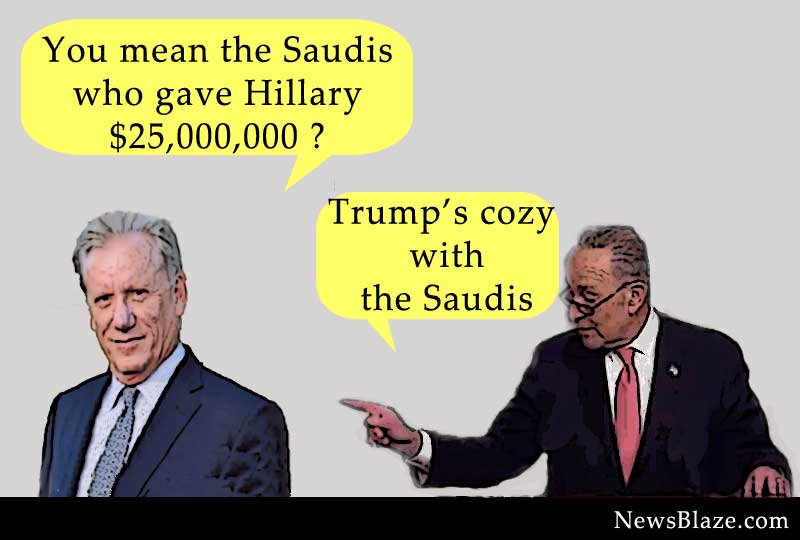 Chuck cares a lot about what appears to be a country eliminating one of its own citizens in an extra-judicial killing. He didn’t appear to have any such qualms about Barack Obama doing the same to American citizens.

In Mexico, 138 journalists were killed in the past 18 years. Not a sound from Chuck Schumer. There were some reports from American journalists and the National Press Club. Nobody said Medico should be sanctioned or the U.S. should stop trading with them.

Not only wasn’t there any mention of those killings, there was no suggestion of sanctioning those countries. Either Saudi Arabia’s citizens are more valuable than the others or it may just be an opportunity for Chuck to skewer Donald Trump.