Democrats are providing cover for the Deep State they have come to know and love. It makes them wealthy, may have dirt on some, and it hates their enemies. You would think Republicans would support Donald Trump, but many of them are fighting against him. Donald Trump is not a quitter, but it must be hard to know who to trust as he chips away at the Deep State. As the Deep State unravels, Trump plays a dangerous high-stakes game, as do others, some of whom already paid with their lives.

In the halls of power, Trump is fighting most Democrats, many Republicans, the Deep State, Obama holdovers, many judges, and others we know nothing about. Outside, there is the corrupt media, George Soros and his paid-for operatives, and a massive army of trolls, most of whom don’t seem to have a clue about what is really going on.

Both inside and out is the military-industrial complex, driving the Deep State.

The fate of the Republic is at stake, and much of it has already been white-anted and dismantled. It may already be too late, but American patriots have been through upheaval before. It was much too long ago for anyone to have direct knowledge, but the founding fathers left a written and oral history.

I am surprised that many Obama supporters never wondered why the man who promised hope and change, delivered neither. It didn’t take long for him to fall in line with the Deep State and the neocons and continue the cycle of war. It was obvious he couldn’t do some things he said he would, but rather than stand up and fight, he played golf or hoops. At the end, he squirreled away damning records into his “library” to prevent them telling the real story.

The “Russian collusion” story is a complete sham. U.S. intelligence already admitted they can carry out cyber-attacks and leave footprints to blame it on someone else. Even so, there is zero evidence, after a year of investigation.

As an outside observer, I only see glimpses of what is going on. What I see more clearly are the tentacles of American media reaching out, poisoning the minds of people in other countries. Once-trusted news organizations have lost their moral compass, and distribute propaganda and disinformation. Compliant media in other countries, including state media where I live, leverage themselves, believing once-trusted media. They rail against bullies, but they are bullies themselves, holding people up to ridicule.

There are a lot of smart people on the left side of politics, but I don’t know if they are smart enough to see they’ve been played.

I fear a crash is coming, and it won’t be pretty. 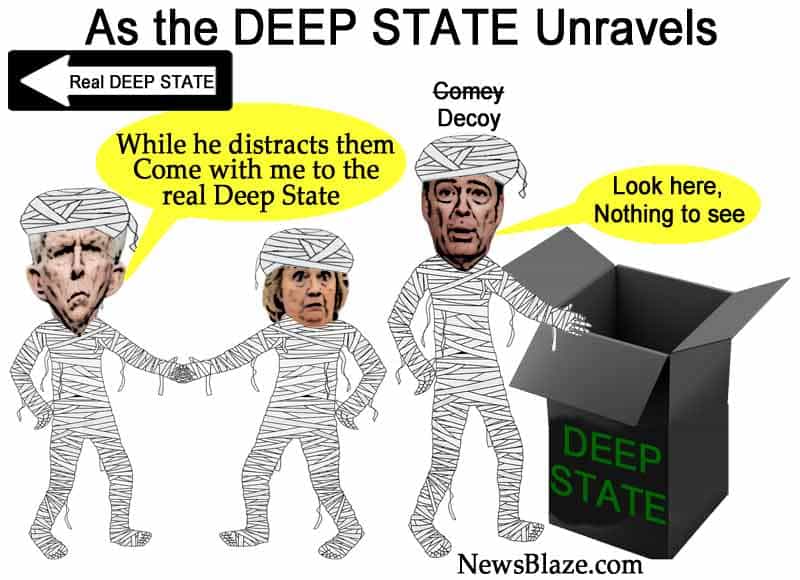