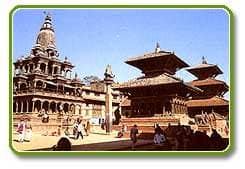 Bonita, CA (rushprnews) May 28, 2007 – What do monks in Ireland, craftsmen in Borneo, women washing clothes in France, Polish veterinarians, Japanese kindergarteners and truckers in the U.S. all have in common? They’re all featured in LIVE streaming video on a new website sponsored by Friends Beyond Borders, an organisation that seeks to link people everywhere through internet technology. The World is Yours to See Right Now.

The site’s founders were intrigued by the explosion of webcams worldwide, and the latest technological improvements that make live streaming video available even in hostile environments like the Arctic and Papua New Guinea.

They drew up a list: artisans in India and Africa engaging in centuries-old art forms; monks in monasteries chanting and praying, farmers pursuing sustainable agriculture, musicians in the midst of recording, interesting research experiments that lend themselves to live video, astronauts working inside the International Space Station, and so on.

You can see the preliminary results at http://worldbrainsite.googlepages.com.