Human beings are natural-born creators, but every year, we churn out more job seekers than creators. While job seeking is a safe bet, creation entails a number of failed attempts, countless compromises on the initial vision, and a lot of personal sacrifices.

Behind every product you love, there stands a master creator who has taken the journey from a vision to the realities of creation, shipping, getting the product on shelves, and finally, making it accessible to the customers. 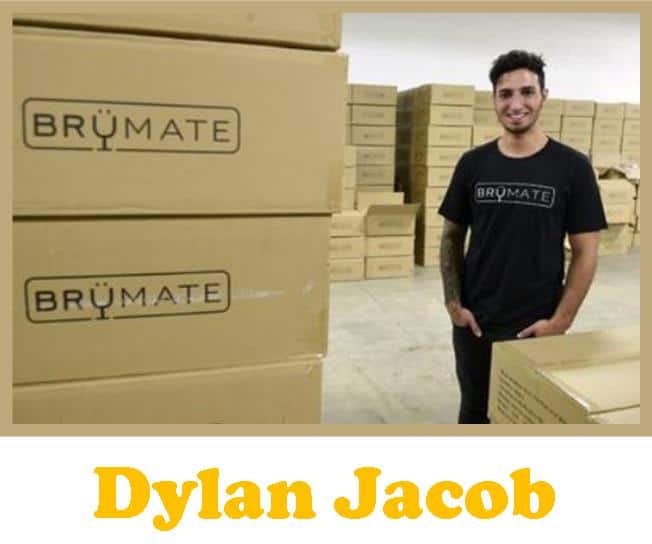 After being a founder three times, with two successful exits, Dylan Jacob has a strong opinion on the taboo of failure. He says, “The entrepreneurial community needs to openly talk about what failing means. It’s wrong to believe that a success story has had a smooth ride. Young and budding entrepreneurs need to accept that things will go wrong, but at the end of it, they must get up and put things right. As an entrepreneur and founder, you carry an immense amount of responsibility.”

In 2013, Dylan enrolled at Purdue University for engineering and successfully emerged as one of the top 10 rankers in the class. However, it was soon after his first semester that he decided to drop out of college to pursue his entrepreneurial dreams.

A warm beer led to the ignition of an idea which ultimately resulted in one of the fastest growing companies in America, BrüMate. “The idea for BrüMate stemmed from my love for an ice-cold beer. I was sick of walking away for 15 minutes and coming back to a half-drunk, semi-warm beer,” Dylan says.

Conceptualized and designed by Jacob, BrüMate sells stylish summer drinkware essentials that keep adult beverages ice-cold. In just a few years, his business scaled from zero to $35 million in revenue, recording multi-fold growth. This helped BrüMate in the running to secure the position among the top 15 fastest growing privately held companies in America for 2020, according to the Inc. 5,000 list.

One of the keys to the company’s success, Dylan says is listening to customers and making necessary changes to the product lines based on customer feedback. He explained, “Customers are the driving force behind every company and I do everything in my power to make sure I am giving them exactly what they want.”

Dylan Jacob initially leveraged the power of technology, using freelancers and the outsourcing approach to support the massive growth of the company. He soon built an in-house marketing agency to oversee and manage digital marketing strategies across all platforms. Now BrüMate has a team of over 20 people that work from 6 different countries through ‘Slack,’ a collaboration hub where teams can work together to get things done. This allows the company to hire the best of the best from around the world and not be limited to only local talent.

At the age of 24, Jacob manages an 8-figure brand and travels the world. He believes that his unwavering passion and persistence were the keys to his success. He takes pride in the fact that he built an empire without taking a single penny from the investors. He was even featured in the ‘Forbes 30 under 30 – Retail & E-Commerce’ category and was one of the ‘Entrepreneur of the Year’ finalists 2019.

With customers loving the insulated products that keep their beverages ice-cold, BrüMate has successfully shaken up the drinkware industry.