Almost beyond astounding if not mystifying to any rational and intelligent mind: how do we continue thinking we can get away with exponential human population growth on this finite planet?

With 18 million humans starving to death in 2013, humanity adds another 80 million throughout the year. Yet, by adding another projected three billion by 2050, “Feeding Earth’s population is going to be one of our greatest challenges, even as environmental costs associated with intensive agricultural production are already staggering,” said Wuerthner. “Global food production will have to rise 70 percent between now and 2050 to feed nine [probably 10] billion people. This bodes ill for biological diversity and the world’s remaining wild lands.”

As Harvard biologist Dr. Edward O. Wilson stated in his research: humans will cause the extinction of over 30,000 creatures before the mid century.

The numbers may escalate beyond that as cascading species extinctions occur. For example: once we kill off the prairie dog, the other 67 species that depend on that furry little critter, i.e. fox, hawk, eagle and coyote, die off with the prairie dog.

Most Americans and most humans on this planet that enjoy mass-produced food lack any understanding of the destruction of our soils by chemicals, mono-crop planting and the killing of bees and other pollinators by herbicides, insecticides and fertilizers. We lack any comprehension of the destruction of nitrogen-fixing bacteria that maintains micronutrients in the soil.

Top soil may be the least appreciated of our resources. According to Lester Brown, www.EarthPolicy.org , we lose 30 to 35 billion tons of topsoil annually around the globe. If topsoil fails, crops cannot grow.

“In the United States, it is estimated that soil erosion is occurring at seventeen times the rate of soil formation, with fully 90 percent of croplands losing soil above sustainable rates,” said Wuerthner. “Soil erosion is even higher in most of Africa and Asia.”

As you know, over 10 million children starve to death annually and many of those millions die in Africa because they cannot secure food from barren soils.

David Pimentel, a Cornell University researcher, “Corn production would decline as much as 80 percent in the absence of modern farm equipment, fertilizers and pesticides. This shows why we cannot grow food in an ecologically sustainable manner and, at the same time, maintain and grow huge human population.”

Not only that, it takes 16 pounds of grain to put one pound of beef on a cow. To add that one pound of beef, the cow must drink and urinate 2,500 gallons of water. When you add up the processing of the grain, the water costs per pound per cow and the processing-transport costs to get that piece of meat on your table-it’s mind boggling. And, we think we can add another 100 million people to the USA in the next 25 years and 138 million by 2050?

RACING INTO A COLLISION COURSE WITH OUR OWN NUMBERS

If we continue on our population growth trajectory, we destroy arable land right into the rainforests. As you might witness in the Amazon Basin, where I traveled when I bicycled the length of South America, they cut and burn a landmass of rainforests nearly the size of Colorado annually-about an acre every minute. Who suffers extinction? Answer: most of the creatures within those rainforests. In Madagascar off the coast of Africa, the lemurs face extinction right now. Many of their species cannot exist anywhere else.

“Livestock production may well be the largest single cause of biodiversity losses worldwide,” said Wuerthner. “Since it is responsible for the bulk of deforestation and for the large percentages of sedimentation of coastal areas, water pollution, land degradation and climate change.”

As I have stated many times, the more extreme our human numbers the more extreme our consequences. I can’t even begin to imagine the consequences with another three billion humans scavenging the Earth for food, water and resources. I suspect future human hordes, like locust swarms of the past, cannot help but skin every possible food source down to the ground and lay waste to this planet.

“The convergence of population growth, expanding agriculture, and climate change is likely to create immense challenges for humanity, and it is certain to deepen the biodiversity crisis,” said Wuerthner. “Without significant reduction in global population, in combination with a change in diet and fossil fuel subsidies, the deleterious impact of agriculture on global ecosystems will only mount. Without a commitment to population reduction and scaling back of industrial agriculture, the planet’s ecological integrity remains in serious jeopardy.”

Trump Policies to Affect Indian and Chinese Immigrants, but Not the... 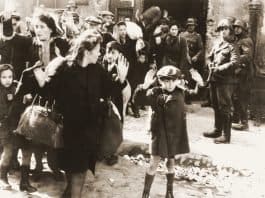 Study Says Crime and Immigration Are Not Linked