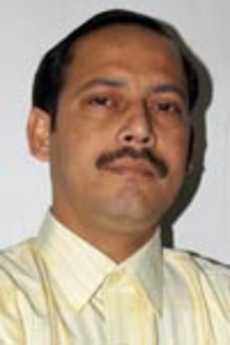 NewsBlaze writer, Nava Thakuria, who is based in Guwahati of India has been elected as one of the Assistant General Secretaries of World Water Forum of Journalists (WWFJ), when the senior Bangladeshi environment journalist Quamrul Islam Chowdhury was re-elected as the General Secretary of the international forum for the year 2009-2012.

The British environment journalist Alex Kirby was elected Chairman and the Pakistani journalist Zaigham Khan Vice Chairman of the organization, the head office of which is based in the Bangladesh capital Dhaka.

The new committee was formed during the 5th meeting of WWFJ held at the National Press Club, Dhaka during during September 1 to 3 last. The other Assistant General Secretaries of WWFJ are Anna Brouwer (Netherlands), Karin Jordon (Canada), Sharif E Khatib (Syria) and KS Dohou (Benin).

The WWFJ was set up at the Second World Water Forum in The Hague on March 22, 2000, since then which is closely working with the UNESCAP, World Bank, UNEP, UNDP and ADB for promoting the cause of sustainable development in general and water issues in particular throughout the globe.