Even NASA Can Be Hoodwinked

Usually, most know that NASA is not always what is expected. So many believe NASA espouses current Anthropogenic Global Warming (AGW) fallacies that earth is warming rapidly due to man’s constant ‘belching’ of CO2 emissions.

Numerous articles by NASA discuss a long-term climate warming trend. NASA’s Goddard Institute for Space Studies (GISS) in NY is run by director James Hansen, only one of three agencies accumulating climate data. The others are in the UK, and the National Oceanic and Atmospheric Administration (NOAA/Asheville, NC), which is almost located in the writer’s ‘back yard.’

Hansen, it turns out, is NASA’s resident ‘ex-con’. He’s attempting to inspire people to potential acts of ‘eco-terrorism’. The lead NASA AGW scientist has stated it’s ‘game over’ for the climate if we approve the Keystone Pipeline. It would bring oil from Canada, already sitting in the ground for a few million years.

Hansen was arrested 3 times in protests over climate issues (2009, 2010, & 2011), and recently protesting the ‘pipeline.’ He stills pulls $180,000 in taxpayer-paid salary. In 2010, greenie David Roberts revealed NASA Hansen’s true nature: “I know I’m not supposed to say this, but James Hansen managed his transition from scientist to activist terribly. All influence lost.”

Read to determine how a few NASA radicals are attempting to take AGW believers by storm, and “d-mn the actual data.” 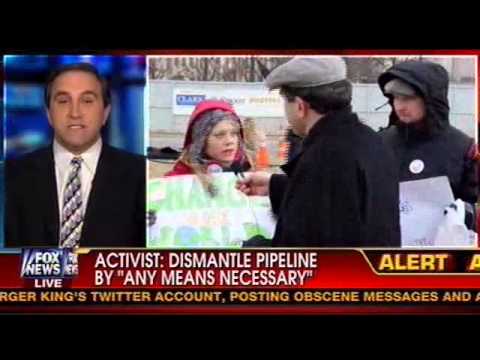 Solar Activity Is What Affects Climate

Instead of Hansen and his ‘AGW’ minions, NASA is more highly involved with solar activity, which acutely affects climate. This is especially true with the 11-year sunspot cycle.

Despite our sun only being a 0.5% variable star, there is a dawning realization even tiny variations can have a significant effect on terrestrial climate. A new report issued by the National Research Council (NRC), “The Effects of Solar Variability on Earth’s Climate,” shows complex ways solar activity affects earth’s climate.

Solar physicists understand the importance of the sun’s “Great Conveyor Belt.” These looping currents play a key role in the 11-year solar cycle. When sunspots begin to decay, surface currents pull them down (300,000 km) inside the star. The decaying magnetic fields are amplified, and the re-animated sunspots bob back up to the surface, and a new solar cycle is born.

On 3/17/13, NASA recorded a burst of solar particles erupting from the sun. Streaking toward earth at 900 m/sec, a direct hit would occur within two days. Called a Coronal Mass Ejection (CME), it’s a common phenomenon. Solar flares occur more frequently with the advent of sunspots. NASA’s Solar and Heliospheric Observatory (SHO) observed the event, and measured its relative speed.

A massive sunspot (Solar Dynamics Observatory) identified as AR1654, was observed. NOAA indicates a possible ‘solar storm maximum’ as the sun approaches the height of its latest cycle. Frequent flares are expected though 2020. If we get a direct hit from a solar flare (some, 4x size of earth), damage could be enormous.

Until now the sun has remained relatively dormant, but with 4 “X”-class eruptions in one week, it’s beginning to reach its “solar storm maximum” in this latest cycle. The strongest flare recorded during this cycle was an “X” (6.9) on 8/9/11. The second strongest-an “X” (5.4) on 3/7/12. The Space Weather Center said upcoming flares have a 50% likelihood of additional “X” flares erupting in the upcoming weeks of AR1654 – as the sun peaks in the next two years. Most past flares have jettisoned their radiation out into space, but AR1654 will be rotating more into earth’s alignment.

CMEs highest risk will be to the national electrical grid system. Many earth-based systems are vulnerable to an ElectroMagnetic Pulse (EMP), and solar flares are only one possible source. Another is high-altitude nuclear explosion.

There are also over 30 minor cycles dependent on the sun.

Fortunately, most of NASA’s scientists understand earth’s heating is directly dependent on the sun, and not 400ppm Carbon Dioxide.