Sydney Australia Puts On The Dog

The glamorous Laurie Anders and Lou Reed invited owners and their dogs to a free concert last weekend. It was held at high society digs – on the steps of the Sydney Opera House.

After the show, each canine received, not a glass of white wine as might be expected for the opera house, but instead a tasty bone-biscuit to take home as memorabilia of his or her night out on the town.

Of course there was a spoilsport among expected guests, isn’t there always? “It seems very anthropomorphic to me,” commented Sydney University veterinarian Peter Higgins. “That’s my concern. I haven’t seen anything in literature that says dogs can appreciate music.” 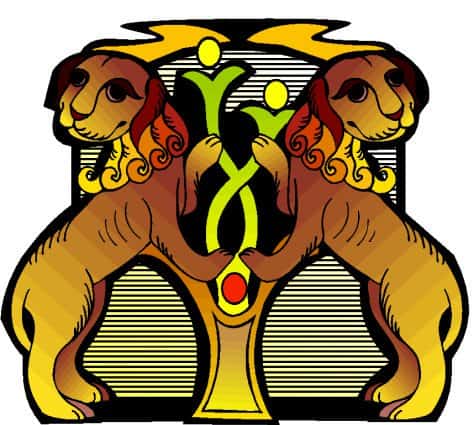 There is nothing in literature which says Peter appreciates music either I’m guessing.

Higgins had never met New York-based ‘Lollabelle’, the avant-garde US couple’s Rat Terrier. “She likes things with a lot of smoothness, but with beats in them,” Anderson said. “Things with voices and lots of complicated high-end stuff – chk-chk-chk-chk-chk – that kind of stuff.”

Anderson who is co-curator of Sydney’s Vivid Live Arts Festival along with her rocker husband, states that, “The inspiration for Music for Dogs came while she was backstage at an event and thought, ‘Wouldn’t it be great if you were playing a concert and you look out and you see all dogs?”

This will be the first public performance of Anderson’s ‘brief’ piece since the thinking is that dogs don’t have lengthy concentration spans – 20 minutes about does it.

Just like any Rolling Stones show, a professional handler will be there to keep the audience well-behaved. Dogs won’t be allowed off a leash, nor should many Mick Jagger worshipers. Quadruped seating will be according to size, as should be the goal of all rock concert ushers.

The Opera House has billed this event ‘an absolute must for any dog and their two-legged friends’ and an ‘interspecies social gathering on a scale never seen before in Australia.’

Higgins does not have serious qualms about the music. ‘It’s not going to do any harm,’ he said. ‘Dogs can pick up frequencies over a range that is double that of humans, so deep bass notes and high-pitched squeals inaudible to us can be heard by them.’

‘We have better peripheral vision than dogs, but they have better hearing,’ Higgins added. ‘They are good at picking up noises and isolating them. They hear something and know precisely where it is – and know to attack or run away.’

Opera aside, dog experts say dogs have smell senses far more acute then humans. “Dog Whisperer” Cesar Millan says canines are able to differentiate between as many as 1 million odors, in each side of their nose. We can smell a stew cooking on a stove; our dog can smell each ingredient in the pot.

Australia has an average of 182 dogs for every 1,000 residents. How pet friendly most Opera Houses will be after this, who knows?

Sydney canines and those of pet feline persuasion are usually not too welcome in taxis, on busses or trains. “Dogs News” South Wales media manager Kerry Christofi said, “It would be an ideal situation if people could have them on public transport.”

In the US, dogs are by law allowed access to any public area if being trained to perform some act of “Service” or assistance for a person considered disabled or who qualifies as being in need of a therapy animal.

According to the 1990 Federal Americans With Disabilities Act, one could literally attach your car key to the collar, in which case your dog is being trained to perform a service.

A woman I met in Lindberg Field terminal had a dog getting its own airline seat as a Therapy Dog. She refused to say what the therapy was, I assume she had perhaps panic attacks or suffered some phobia without her dog…

When interviewing the owner of “South Sun,” a huge bead sales company with major buyers like QVC and Home Shopping TV channels, I was surprised to meet a friendly brown boxer wearing a charming jacket.

South Sun’s head, Shlomo Gruer said he welcomes well-behaved employee owned dogs. According to him, when leaving a pet behind, people tend to worry if it’s okay at home, and the pet misses its owner as well. Everybody’s happier, Shlomo says, without that angst, thus making the working day more productive when all are comfortable and happy.

To which I can only add, if South Sun has an opening I’d like to work there. Who says Disneyland’s still the “Happiest place on earth?”