NEW YORK, November 21 — To renew a cherished Hannukah tradition, National Yiddish Theatre Folksbiene (NYTF) will present “Kids & Yiddish,” a musical theatrical funfest that teaches Yiddish to kids primarily through songs and song parodies. The show gleefully mixes Jewish folk traditions with popular culture and satirizes some of the latest fads on TV, all the while cleverly weaving in Yiddish words and phrases. A protean piece, which continually changes with the tides of pop music, TV and popular culture, it has been presented since 1991 as an annual event in the Hannukah season. The piece is written by Joanne Borts, a Broadway actress; Zalmen Mlotek, NYTF Artistic Director and an internationally recognized authority on Yiddish folk and theater music; and songwriter Menachim Mike Fox, son of the esteemed Yiddish poet Chaim Leib Fuchs. There will be one performance only this year, December 25 at 11:00 AM, at Edmond J. Safra Hall at Museum of Jewish Heritage, 36 Battery Place, Lower Manhattan.

“Kids & Yiddish” slyly insinuates mamaloschen (“mother’s talk”) into familiar elements of popular culture, like Top 40 tunes and the latest fads on TV, to teach kids about Yiddish language and culture. With a mix of original material and parodies, it introduces young theatergoers to the letters of the Yiddish alphabet, how to count in Yiddish and how to say the colors like your great-grandmother did. Song take-offs include “Sounds of Lamed,” “Silly Vov Songs” (including “What’s Vov Got to Do With It?” and “All You Need Is Vov”) and “We Will, We Will Hock You.” Particularly delightful is a Yiddish comic take on Hannukah songs. Cultural references from high and low combine into a richly amusing and informative hot pot of fun. The experience won’t feel pedagogical; it is a fun show in which kids are included and it feels natural to speak Yiddish. Parents delight in how cleverly the show appropriates rock, rap, klezmer and calypso and its delicious “grown up” references to Molly Picon, Zero Mostel and Howie Mandel.

The show was originally conceived in 1991 by Joanne Borts, Zalmen Mlotek, Menachem Mike Fox and the late Adrienne Cooper as a project of The Workman’s Circle. It evolved into an annual show for the Hannukah season which has been performed in various venues. This year’s show will be a concert version. The cast, in formation, will feature the show’s authors–Joanne Borts, Zalmen Mlotek and Menachim Mike Fox–along with Jenny Romaine (of Circus Amok and Great Small Works), who will design the show with contributions from Tina Kinderman. Director/choreographer will be Borts and musical director will be Mlotek.

Reviewing “Kids & Yiddish” in 2006 at Manhattan JCC, The New York Times’ Laurel Graeber declared, “It may be hard to imagine what the Village People have to do with the Chosen People. Or how the Swedish pop group Abba could facilitate the teaching of Yiddish. But the National Yiddish Theater – Folksbiene specializes in making connections (between Old World and New, Yiddish and English, and Jews and non-Jews), and does so hilariously in its annual holiday production.” She continued, “The show is like a wacky borscht belt-style revue, but much hipper than anything your grandmother might have enjoyed.” 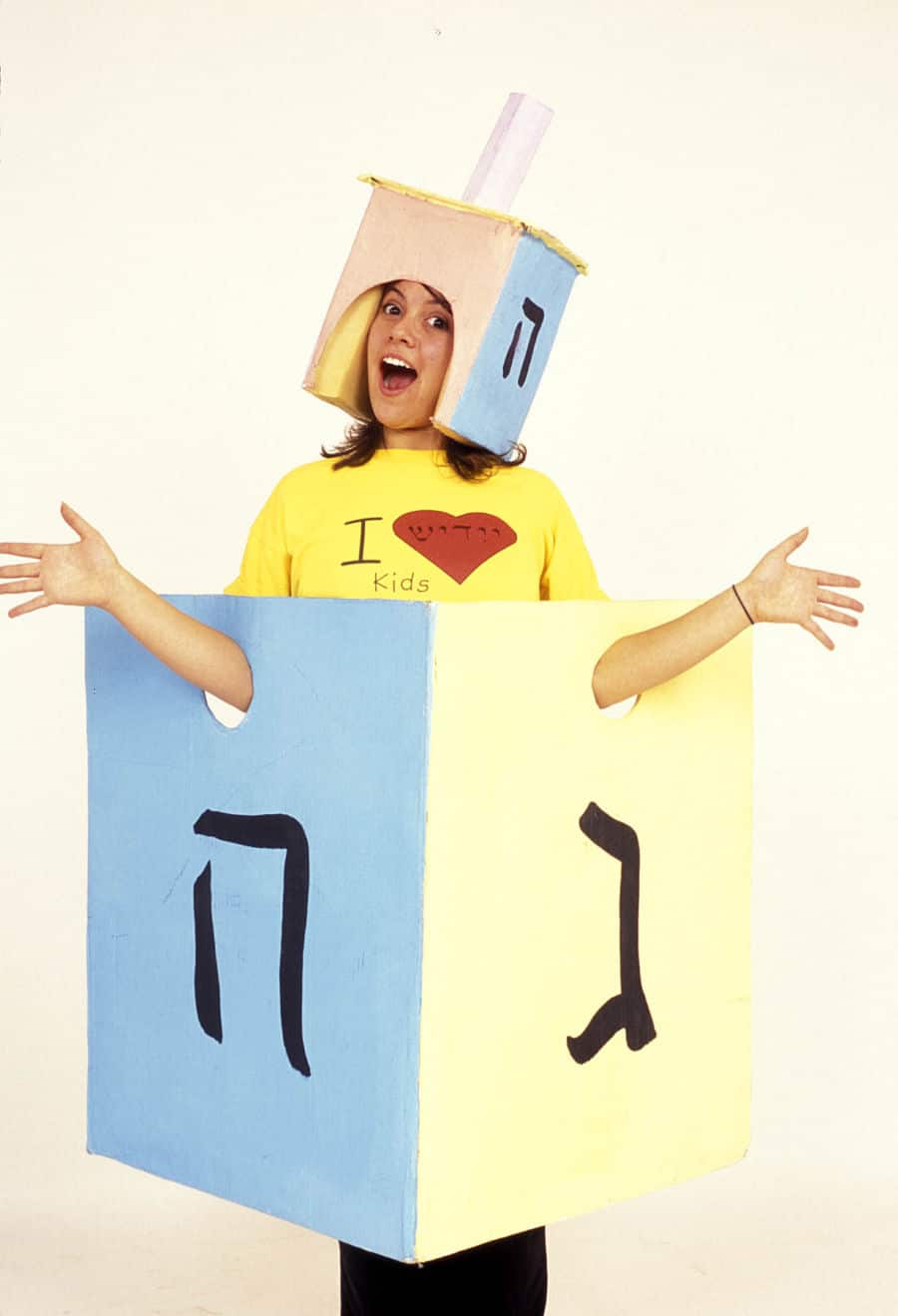