I found ten excellent albums from 2009. I will share the wealth with you now! Rock was reborn this year. Disco came back from the dead too. And even ‘give me that old time religion’ Gospel made its come back. And let us not forget the theater tradition’s debutante dance, polished and sparkling new from cryptic storage (SB’s forte). But most important of all, a reawakening of Punk has been fully realized in 2009. I never thought that this could be possible, but anyway, let’s take it away!

1. Sonic-Youth The Eternal (Matador) Anti-Orgasm morphs to white noise. Mark Ibold thumping bass, then a section of cascading instruments rising to a fever-pitch, up the scale to whiteout. Dissonant guitars scorch, a chanting Kim Gordon wails on Calming The Snake. “Trashcan Canterbury, Hollywood Boulevard”-lines from Malibu Gas Station-double lead guitar with build up, then a car crash over a cliff. Punky, but seasoned. Sacred Trickster is chanted, is exorcised by Kim; reminds me of Johnny Rotten in the Pistols. Every song is a keeper. No other record can come close to touching The Eternal this year, even if they tried hard. Distortion and release, harmony and discord, defiance and consolation, tradition and experimentation, a galactic ball of fiery red whirls pass your head, it’s a rush of adrenalin, guitar stacked to the rafters, screeching from a dismal abyss, a void-Oid of Hell herself (hisself). Punk has returned from a needed vacation!

2. Lady Gaga The Fame Monster (Interscope) Bad Romance is an avant garde art video with libidinous disco dancing and product endorsements, all in the same frame. That’s new. Gaga easily stumped contenders in the arena of fashion and outrageous shock value, best since John Waters’ Divine and Female Trouble escapades. And her new double album has bang for the buck too (21 tracks-8 new plus the 13 from The Fame). Gaga soaks up the past (disco, punk and synth-pop) like a sponge, but she makes it her own. I better be careful, or this ancient geezer may just acquire a crush on the Mousy Missy Muse.

3. Susan Boyle I Dreamed a Dream (Sycho Music/Columbia) Susan Boyle came out of nowhere, literally. Minimal arrangements here. Just Susan’s marvelous voice. The people love her, but maybe not the critics. Daydream Believer is a snail-like torch song in Boyle’s hands, but you collapse like a Raggedy-Anne doll on your piano stool, just melt like butter, and your handkerchief absorbs bounteous teardrops flooding freely forth. And gospel according to Boyle is so clinical, it’s almost secular (that’s a compliment).

4. Jordi Savall Istanbul (Aliavox) All this comes to mind, swirling dervishes, trays of delicacies, exotic ancient instruments gracefully assembled-dudak, ney, oud, kamancha, tanbur. Jordi Savall has piecemealed an assortment of Ottoman Turk music here, that comes from Dimitrie Cantemir, who had collected it in his work, Book of the Science of Music. Armenian and Sephardic songs are intermingled, giving it a fragrant balance of eclectic Istanbul. Guest musicians from Greece, Morocco, Armenia and Israel join the Hesperion players to resurrect a forgotten period. Still surprising are the words of Cantemir: “I would even venture to say that the music of the Turks is more perfect than that of Europe.” 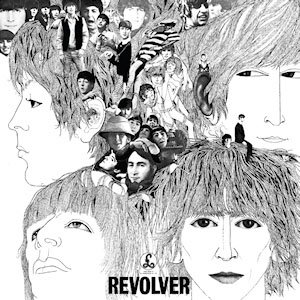 7. Them Crooked Vultures Them Crooked Vultures (Interscope Records) Bone-crunching Supergroup Rock is back. I thought it had died with Blind Faith back in ’69? And can you imagine recruiting John Paul Jones for bass and keyboards? Lyrics are all about alienation, right out of a cyber-punk William Gibson novel. Riffs spontaneous, wicked. Dave Groul bangs the skins like a carbide-tipped masonry bit drill, flying concrete slabs crack your eyeglasses, hurled from throbbing Altec Lansing speakers. Best cut: Scumbag Blues. Is that Clapton on guitar and Winwood on falsetto vocals? 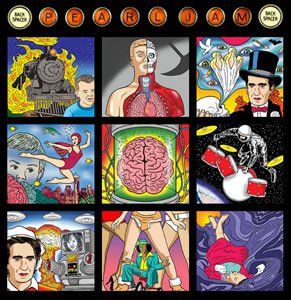 10. The Dead Weather Horehound (Third Man/Warner Bros.) The Dead Weather is my favorite Jack White project so far. “I’d like to grab you by the hair and drag you to the devil,” Alison Mosshart warns on Hang You From the Heavens. Yes, a tight four piece Supergroup with Liberty, Equality, and Fraternity ruling the riffs. Dean Fertita (on guitar) burns the hide off your saddle on New Pony (Bob Dylan composition). Alison Mosshart a screeching harpie and Jack White a lumber pounding bat-out-of-hell here. Four piece rock is alive-60 Feet Tall is tops!