Subnormal Magazine reports here on the latest new music in this exclusive article here below for NewsBlaze.

The brilliant and beautiful singer MØ has released her new album Friday, “Forever Neverland,” and naturally, it’s brilliant. “Imaginary Friend” is the first new video from the album below, and it’s truly great. 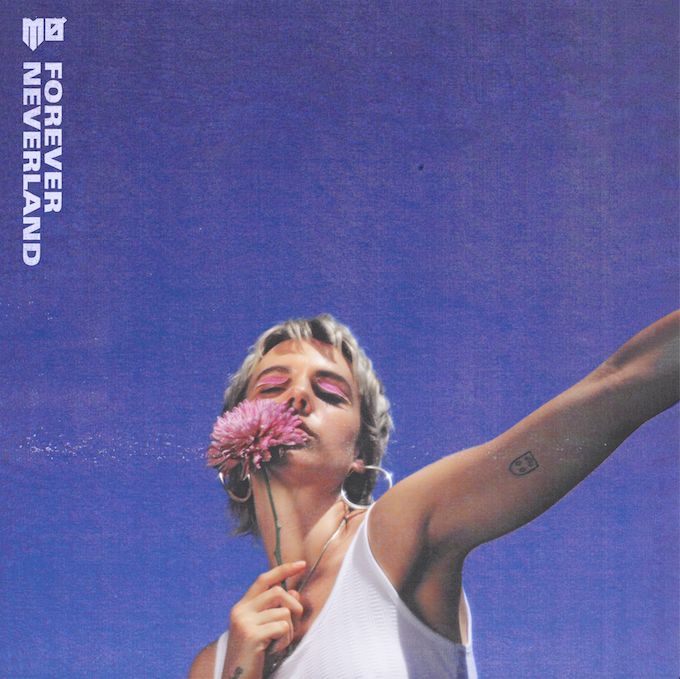 I had the pleasure to see MØ perform twice in L.A. this year, and she is nothing less than extraordinary. MØ will be touring Europe for the rest of the year, and back in The States in January to kick off the U.S. leg of her world tour for the new album. The following message is directly from MØ herself;

I can’t believe this is finally happening. But it is! and I’m so happy right now. I hope you will enjoy it as much as I enjoyed making it every step of the way even if the road was long and kinda bumpy from time to time. I regret nothing, this is my 2nd album and today is a good day, cuz today I get to share it with all of you ∞∞

The legendary Boy George and Culture Club are back and sounds better than ever! Boy George’s voice is even more amazing than ever and yes – he can still sound spot on for his earlier work in higher notes. A beautiful and uplifting song here!

There’s just one week to go until Boy George and Culture Club release their brand new album, “Life.” The album features “Let Somebody Love You,” “God & Love” and the title track “Life.” Order and here from the official store: https://cultureclub.tmstor.es/

The opening riff of this next song reminds me of Heart Shaped Box by Nirvana. I’m new to Moby Rich, and I am really digging these guys’ vocal work, guitar, and harmonizing. Very strong work here and talented. Their earlier video for their cut “Yoko Ono” is a must see, especially if you live in la la land. Both “Pocket” (below) and “Yoko Ono” are featured on Moby Rich’s four track debut EP, out October 26th.

Dua Lipa – Complete Edition- is now out- a new extended version of her debut album that includes her collaboration with Silk City (Mark Ronson and Diplo) “Electricity,” the global hit “One Kiss” with Calvin Harris, her previous collaborations with Martin Garrix and Sean Paul, fan favorites from her live show “Want To” and “Running,” and the brand new song “Kiss and Make Up” with Korean pop group Blackpink (pictured below with Dua). Dua Lipa is an amazing talent and voice. Check it out.

International Fine Artist Moira Cue will be having a select series of her paintings go live to Auction next month. Visit her official website here below to make inquiries on purchases of works before one that may be your favorite is gone. www.MoiraCue.com

For the second year in a row, the Trump administration has fallen short in protecting species under the Endangered Species Act, according to the Center for Biological Diversity, ultimately putting dozens of native plants and animals at heightened risk of extinction.

According to a new analysis by the Center for Biological Diversity, the U.S. Fish and Wildlife Service failed to make protection decisions for 57 species or designate critical habitat for another 21 promised under a seven-year workplan developed by the agency in 2016. The agency is under the leadership of Interior Secretary Ryan Zinke.

“Zinke and other Trump officials are preventing the Fish and Wildlife Service from doing critical work to protect species from extinction,” said Noah Greenwald, the Center’s endangered species director. “The wolverine, lesser prairie chicken and Hermes copper butterfly are all species Trump and Zinke left high and dry.”

The ‘workplan’ was created to address a backlog of more than 500 imperiled species awaiting protection decisions. In fiscal year 2018, the workplan called for 82 separate decisions about listing species or designating critical habitat. Another 13 decisions were never completed in fiscal year 2017, for a total of 95 decisions.

Instead the agency only managed to make 18 decisions in 2018, resulting in listing of only four species and proposed protection for only eight species. Another six species were denied protection, including one, the beaverpond marstonia, which has gone extinct waiting for protection.

“The Trump administration’s anti-regulatory agenda is turning it into the extinction presidency,” said Greenwald. “The vast majority of the American public wants to see endangered species protected, but administration officials are flushing these imperiled plants and animals down the toilet for their patrons in the oil industry and other polluters.”