A Sephardic Jew is a Jew descended from or mixed with people of Spain and Portugal before the expulsion of Jews from Spain its date is marked to be 1492 CE. The name Sephardic Jew includes both, the descendants of Jews expelled from Spain under the Alhambra Decree of 1492 CE, or from Portugal by order of King Manuel I in 1497 CE, and the descendants of crypto-Jews who left the Iberian Peninsula in later centuries to North Africa, Asia Minor, the Philippines and elsewhere around the world, and the descendants of crypto-Jews who remained in the Iberian Peninsula.

With the establishment of the nation state of the Jewish people, Israel, Jews gathered in their restored homeland from all over the world. A new Jew, born in Israel, evolved, speaking the restored language Hebrew and having new culture, Israeli one. With this Jewish phenomenon, traditions and cultures of Jews, evolved over the centuries in countries where Jews lived for decades have been gradually erased and forgotten.

When we speak of Ladino-Sephardic Music, we are essentially encompassing a fairly broad subject and decades of Jewish history and heritage that evolved away from the land of Israel. It is based on Judeo-Espanol-Castilian-Spanish language, with inserted Hebrew, mixed with the local language of the country where the Jews lived after the 1492 expulsion.

The Ladino-Sephardic music evolved from both liturgical and secular music. The liturgical music can be equated with the continuity of the daily and religious life of the Diaspora Sephardic Jews in the land of Spain and the countries to where they migrated after the 1492 expulsion. Such music is equated with the Spanish Romanceros; therefore, the Judeo-Spanish Romanceros are defined as the songs which constitute a secular tradition of romances, cantigas and other medieval types of music and songs.

The Judea-Ladino-Spanish songs originated in medieval Spain and remained part of the Sephardic Jewry’s tradition from the time of their dispersion from Spain, in the fifteenth century, until the present day. The Judea-Ladino-Spanish Romanceros did not spring up immediately, upon the Jews’ arrival and settling in Spain, after they were expelled from ancient kingdom of Judea and Israel. There are some historians who trace Jews settling in Spain or, at least Majorca, from the days of King Solomon. If this is the case, then we can conclude that the Jews, who arrived to Europe after the destruction of the Second Temple by the Romans, arrived to an already established Jewish community. The new arrivals carried with them religious culture, which later on flourished in Spain and became to be known, or referred to, as Sephardic Jews and Sephardic Jewish culture. 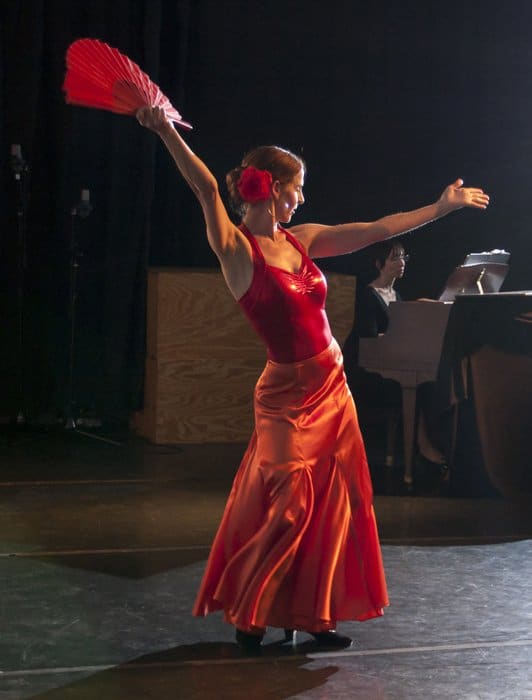 The origin of the name Sephardic

The Hebrew word for Spain is Sefarad, and thus the reference to the Jews whose ancestors came from Spain as Sephardim, Sephardic Jews. It is without any doubt that the poetry of the Jews, who found themselves having to live outside their homeland, originates in the Bible. The Bible was viewed as a book of books that expressed a philosophy, a code of law, moral exhortation and biblical poetry. Despite the fact that the Bible was not considered as literature, there is no doubt that in reality we find that the poetic books of the Bible influenced the Jews’ consciousness; therefore, one can almost regard the poems or songs of the Spanish-Hebrew Poets as extensions of the Hebrew Poetry of ancient times.

The transition from religious poetry to secular poetry and eventually to Romanceros was a gradual one. Post Biblical poetry had developed in the land of Judea, or Palestine, under late Roman and Byzantine rule, in the centuries preceding the Moslem conquest in 636 CE. This is a period that witnessed remarkable blooming of Piyut, known as liturgical poetry, which made Judea the center of the Hebrew language until the late eighth century. At the end of the ninth century Hebrew poetry made its first appearance on European soil, in southern Italy and from there to Spain. The Spanish-Hebrew poetry-Piyut spans some five hundred years, which in turn spans into two major periods, the Muslim Period, 950-1150 CE, and the Christian Period, 1150-1492 CE.

The poet Samuel Hanagid was the first of the giants of the Jewish Golden Age of 1020-1150 CE poets. He was followed by three outstanding other poets: Solomon Ibn Gabirol, a passionate, introspective poet, philosopher Moses Ibn Ezra, and Judah Halevi who was referred to as ‘The Sweet Singer of Zion’. He was also considered as the finest poet of this school of poets.

The Jewish-Spanish music was also influenced by the Jews’ Arab masters’ culture. However, they often transmuted it into specifically Jewish material. An example of that transmutation: whereas the Arabs wrote poems in praise of cities in Spain, the Jews, using the same Arab poetic phraseology, reserved their poems to glorify Israel and Jerusalem.

The Ladino-Romanceros evolved, gradually, over the centuries and thus became part of the Jewish life during their stay in Spain. It is no wonder then that the Jews of Spain carried that culture with them to the lands they wandered after their expulsion from the land they were so attached to, Spain. It was more than nostalgia; it was their culture and their heritage; the same as the Bible, which they carried throughout their 2000 years of living in the Diaspora.

It is no wonder then that, upon the return of the Jews to the Land of Israel in the 19th and 20th century, there were those who felt it was imperative to revive the Sephardic culture and Ladino music, as one of the many cultures developed by the Jews in the Diaspora in the many lands where they lived.

The task ahead of us is to continue preserving different Jewish cultures for generations to come.

This is exactly what the Kol Sepharadic Choir, in Los Angeles, California is doing; restoring the Ladino-Sephardic music: www.kolsepharadicchoir.com.

The Founder and the director of the choir is Raphael Ortasse who was born in Khartoum, Sudan, to parents of Sephardic origin, who were also Zionists. When Raphael was at an early age, the family decided to immigrate to Palestine, later on Israel. Raphael was fortunate to learn some of the Spanish-Ladino Romanceros from his parents, in particular from his mother. Every day when he came home from school, he would hear from a distance his mother singing the Romanceros, while cooking for a family of nine. These beautiful songs, never left him, even when he was working as an aeronautical and later on as a Space Engineer. The first chance Raphael had to fulfill his dream he formed a Sephardic Choir with the objective of reviving this beautiful music among, first, the Sephardim in Los Angeles and then introduce the music to all Jews – Ashkenazi and Sephardic – around the world. That is the present goal of Kol Sephardic Choir.

Raphael Ortasse’s dedication on the choir website says it all: “This website is dedicated to my parents, who instilled in me the love to our people and pride in our Sephardic Heritage…”

Buy the CD; you will enjoy listening to music that is almost forgotten and it should not.