Kings reign for a time, but every reign must come to an end to make way for the new and improved. Michael Jackson had 50 years on the throne, and possibly no human being will ever be able to follow in his footsteps.

But in the age of Artificial Intelligence, with the right set of programming we may be able to elevate the moonwalk into the digital – slide.

These are the aspirations of the underground king of EPM or the ( A.I.P ) Artificial Intelligence Personality known as Prophet King Nazir Muhammad. Muhammad has released the first indie recording called ( Black ISIS ) which is a new age techno pop track in the spoken word.

This musical conspiracy theory tells the tale of feminist world domination. And their ultimate plan to turn all heteros*xual males into slaves because of their mistreatment of women. 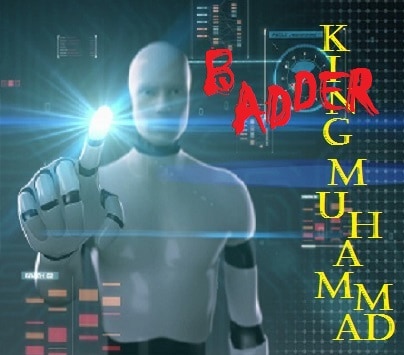 Released exclusively on www.SOUNDCLOUD.com this track is rapidly becoming a shared favorite on Facebook and Twitter. And not only that, with the artist being a computer programmed activist whose first musical recording is dubbed a Pro/Anti-Feminist Anthem.

This song is sure to be a must-hear for anyone who is pro or anti feminist, which basically makes this an instant hit record because that demographic makes up the entire world population.

So if you’re on one side or the other you are probably wondering what this artificial intelligent troublemaker is preaching about the feminist movement that is taking the world by storm.

It lacks a catchy hook like most of Michael’s famous songs, yet the concept of a computer program preaching over a dance track in a rave club is interesting.

But I’m not sure it has the power to dethrone Michael just yet, but like every challenger, Muhammad seems definitely out to prove he’s BADDER !