The Hollywood Sentinel is a free, bi-monthly entertainment website that was launched several years ago by film producer and talent manager Bruce Edwin. The site features exclusive interviews with stars, having interviewed Julie Newmar from TV’s Batman, the voice of Bart Simpson- Nancy Cartwright, rock stars A Fine Frenzy, Nat and Alex Wolff (from Nickelodeon), and many more.

The next issue will feature exclusive interviews with TV and film star Joe Mantegna from the hit show Criminal Minds, rap artist Chill EB, and comic star Jim Meskimen (son of TV star Marion Ross from Happy Days), in addition to much more found in each issue of the site.

Featuring ‘only the good news,’ the website has is read by some of the richest, most powerful, and famous stars on the planet, in addition to a worldwide fan base. Syndicated with News Blaze dot com, the celebrity website The Hollywood Sentinel reaches hundreds of thousands of viewers each month, in addition to being directly e-mailed to the offices of many pop, rock, and movie stars in Hollywood and NYC. 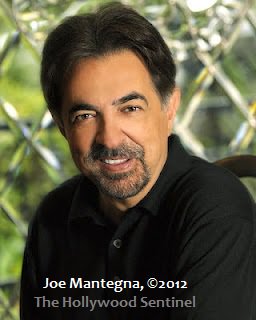 HOW TO SUCCEED IN HOLLYWOOD

“The main three reasons people fail to succeed in Hollywood, are reasons that I have told thousands in person, and told millions in writing, over and over. Yet, it needs stated again, as there are still others who have not heard the message, or others still, who got the message, but did not follow.

Number one; Suppressive people. Jealous or nay-saying parents, wives, husbands, boyfriends, girlfriends, friends, relatives, or co-workers. I will never forget the time one day when a young, hopeful, pretty young woman who yearned to be a model and actress called me crying on the phone, telling me that she wanted to pursue the entertainment business, but that her husband told her that if she did, he would divorce her. She told me she was devastated, and was so shocked and sad. She was crying so terribly, but she decided to stay with him, as he was supporting her financially and she was afraid to leave. If someone tries to stop you from pursuing your dreams- so long as your dreams are not in violation of any basic human right or law- then you owe it to yourself to leave that person. Do not allow others to crush your dreams. This is one of the first keys to success in Hollywood.”