Hollywood Rapper RahTwoFive Gives Away Free Album “Cozy Season” here below to NewsBlaze Readers, as a show of thanks for his appreciation to his fans and new listeners. 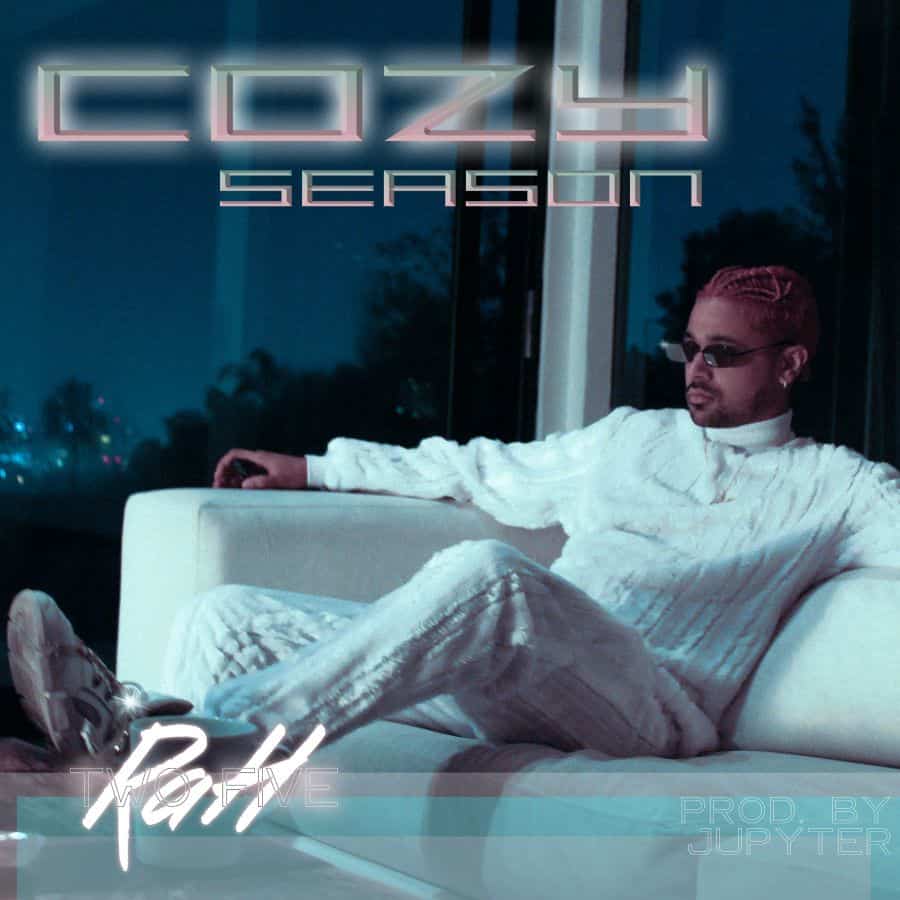 Named one of Rap Music’s Top New Artists to Watch in 2018 and 2019, and one hip-hop’s favorites by numerous A-list producers, acclaimed singer / songwriter and producer RahTwoFive is also a fashion designer, with his own successful fashion line worn by a rising number of L.A. trendsetters. (He designed the outfit he wears pictured here). The Hollywood rapper; one of music’s fastest rising stars, gives away free his brand new album “Cozy Season,” here below.

Known on Instagram as RahTwoFive, or otherwise simply known as RaH, the American singer racked up over a half-million new streams and growing, on the major music streaming site SoundCloud. He recently released a popular new song called “Fire” with viral-video music star Zay Hilfigerrr.

RahTwoFive now gives NewsBlaze readers and fans his brand new album, “Cozy Season,” free here below, as his gift to them to show his appreciation and love for his supporters, and new listeners alike.

Expanding the musical landscape of today’s R&B, hip-hop, and rap music industry, RahTwoFive was born and raised in Detroit, Michigan. He started his successful music career working with some of the industries biggest internet stars including Hilfigerrr, as well as top producers from the rap, hip-hop, and R&B world. Influenced by the Detroit music scene, as well as his Indian / American background, Rah’s multicultural roots are dynamically reflected in the diversity of his smooth vibes and chill sound.

After recently releasing his daring new album “Cozy Season,” RahTwoFive spoke about the new album in relation to his other, earlier work. Rah reveals that, “Cozy Season” is ultimately based around the topic of intimacy, love and relationships.

As reported earlier this month on ABC News, Rah states, “I wanted to theme it in R&B vibes for the holidays and winter season; something a couple could relax and cuddle to get cozy to.” The artist adds, “I think I’ve grown a lot on this album. This is my newest body of work so it shows where I am in my career. I have both singing and rapping on this album as well as a lot of great production. I even have four other featured artists on this project, so it puts a light on a few of my other connections and friends in the industry.”

RahTwoFive’s official biography states that “With the first three letters of his full name; ‘Rahul,’ turning into his artist name, he got his nickname back in high school, which his friends used to call him.” RaH stated, “I think it’s cool, because it’s the name of the Sun God of Egyptian mythology, and I love the sun! My family and I traveled to Egypt around the same time I got the nickname, and it just stuck.”

As noted earlier on NBC News, Rah states, “Cozy Season” is something different from what I’ve ever done, and I created the entire project with one producer; Jupyter from Detroit. I loved working with him! We understand each other musically, and compliment each other well. We’ve joked that we are like a Quincy Jones and Michael Jackson like duo together!”

RaH urges other artists to have good self-esteem, have faith in God, know what you want, and don’t stop until you get it! “You need to constantly redirect your focus to stay on the path towards greatness. At the same time, be fluid to new opportunities that arise at new levels that were previously unseen,” RaH states.

Running his own fashion label as well as a fast rising career in the world of R&B, rap, and hip hop, RaH advises other singers and musicians, as noted in NewsBlaze, “Don’t give up! Continuously perfect your craft by fixing your weak points. Believe in yourself more than anyone else, and know inside that one-hundred-percent for sure, you will reach your goals!”