NewsBlaze News
Home Entertainment Music His Wall of Sound – Why Is Phil Spector the Greatest Pop...

They are: He’s A Rebel, Da Doo Ron Ron, Rock ‘N’ Roll High School, and The Long and Winding Road. Ideally, you should listen to these songs on a Wurlitzer Jukebox, but if that’s not possible, give them a whirl on any music system you can find!

A thorough pruning of all the myth and hogwash surrounding the bumpy career and life of Phil Spector will be required before you can hope to understand why his records are so perfect, really. The evidence is on the records, not on the Internet. When Phil was twisting knobs or placing microphones in the studio, everything else takes the backseat. The songwriting, musicianship, vocal performance, or arrangement are all a function, a subset of a tiny record platter; the round vinyl 45″ disc is the final Slab of Art. It’s that simple. 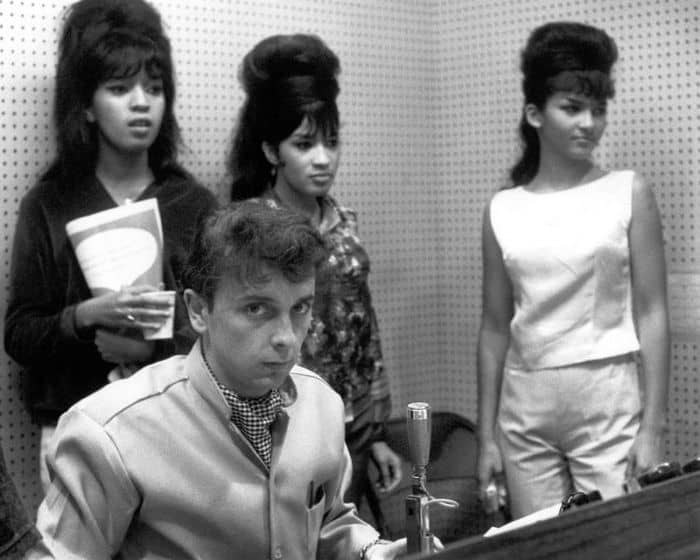 He’s A Rebel comes out in August of 1962 and makes it to # 1 on The Billboard Hot 100 by November. Gene Pitney wrote the song, but in Phil’s hands, it becomes something transcendent. The lyric, however, anticipates a good deal of the social upheaval right around the corner for the 1960s. Darlene Love takes the lead vocal and she possesses the attitude of siding with the trouble maker, the outcast who goes against the grain and does his own thing. Here’s a template for the Sixties Anti-Hero who’ll fly in the face of the establishment; furthermore, he gets all the chicks!

That’s no footnote; if a piece of plastic can help you get all the women, then it’s going to sell millions. That looks like a formula for success, and that’s just what it is. The track is built around an upright high piano riff, handclaps (which The Beatles later lifted from Phil), and the scorching tenor saxophone track of Steve Douglas, that had become a signature instrument for Rock ‘N’ Roll in the ’50s. Da Doo Ron Ron is another one that transcends any easy explanation, as for what’s so appealing about it. It was issued in April of 1963 when President Kennedy was still around (that’s a little of it).

I would say, it looks back to the simplicity of the 1950s, during a time when simplicity was all but gone. Hand claps play a big part of the sound; no one sound projects itself, just a monotonic surge of white noise blasting out of your tinty AM radio speakers. The Crystals have that Doo Wop vocal chorus that drives the song forward, with Dolores La La Brooks eyeing some boy toy on her path to school, with a plan in mind of picking him up and making him her own. The Da Doo Ron Ron phrase is seemingly nonsensical, but could be interpreted as a some type of teenage mating ritual conjuring, coded in the slang of those who need to quickly grind out a hit record!

The third song you’ll want to study is The Ramones Rock ‘N’ Roll High School, released on June 1, 1979 and featured on their album End of The Century. Don’t forget the movie (unless you want to)! The song only made it to 67 on the UK singles charts, but I think it’s one of Spector’s greatest accomplishments as a record producer. A monophonic sound approach is perfect for The Ramones, with their three chord garage sensibilities. You have no need for stereo separation, that’s the wrong approach!

Punk was perfect with Phil’s monophonic approach to pop music; humility and integration to the central themes of a simple nod to Rock and Roll in a high school setting, shows good taste and instincts about what’s proper in the studio. As a last note, and I don’t want to get dragged in the mud about The Beatles break-up, but Phil did an absolutely brilliant job with the strings he added to Paul’s A Long and Winding Road. Two pop geniuses unite in a medium they were both equally equipped to work miracles with: splendidly produced Pop Music!