NewsBlaze News
Home Entertainment Music ‘The Dream Is Over’ – Cirque Du Soleil Not A Good Fit...

A gray/blue shadow casts a pall on my viewing (and review) of All Together Now (released October 20, 2008), caused by both George Harrison’s death (November 29, 2001) and by Beatles’ regular and all around handyman, Neil Aspinall’s death (March 24, 2008). Neil makes a few talking-head appearances in the documentary (which is mostly about the Cirque du Soleil’s production of the stage show Love), and George actually had the idea for a collaboration between The Beatles catalog and Cirque du Soleil. The weight of these missing players not being there brought me down (don’t forget John and Brian either) to the ground. 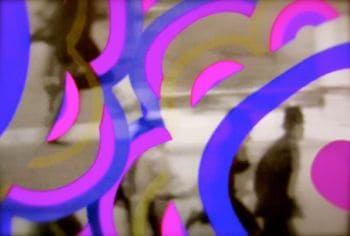 While watching All Together Now (which I rented on iTunes) twice, and attempting to get a good grip on it (taking four pages of notes, along with 74 photos), I also thought to do a little research on Neil Aspinall, who died from lung cancer about six months before the award winning documentary came out. I know, this is a diversionary biographical journey, but I needed to get a better handle on the role played by Neil in the rise, crescendo, and subsequent crash of the legendary Fab Four. *(Neil’s contribution was sizable, I concluded.)

Another problem (along with the realization that a generation of innovative, inspired Brits, faring from Liverpool, have left us) is that I never was able to get very enthusiastic about this Love project, even though I’m a Beatles’ fan extraordinaire. At one point in the doc, Olivia Harrison says that everyone is going to have their own visualization of the lyrics and music of a Beatles’ song. I feel similarly about this difficult (if not impossible) task, of matching circus visuals to classic pop tunes.

Yet another major hardship for me (in putting a positive spin on Love), is I’m not particularly fond of Las Vegas or the ‘glitter forms of entertainment’ that tend to come out from the world’s greatest mecca for decadence. Some of these prejudices are starting to intrude on my ability to put any kind of positive spin on this show or its accompanied documentary. In spite of my predicament, I did manage to extract a few shining moments from the film.

My favorite song from the show is George Harrison’s pared down, acoustic demo of While My Guitar Gently Weeps, with George Martin’s added string arrangements. I bought this one on iTunes this morning and it’s wonderful. The recording with these classical musicians was filmed, Olivia Harrison showed up for the recording session, and this segment was the most inspirational part of All Together Now (for me). It was mentioned that this (fix on an old cut) is actually George Martin’s final work with The Beatles. As a gift, George was given two dozen roses by the session string players. A most worthy final expression! 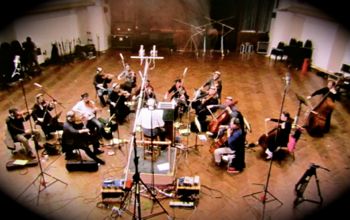 The strings are literally weeping! While I haven’t attended the Love show in person, I did realize that the visuals were stunning to behold. Acrobats are flying around, neon-lights glisten brightly, footage and photos of The Beatles project in every nick and cranny of the stage, against sound projections of marvy snippets of Fab Four songs, with slightly altered mixes (the soundtrack was created from The Beatles’ Abbey Road archives, by George Martin and his son Giles Martin). All of this mixes together splendidly, but somehow (for me) a great deal was nevertheless missing? 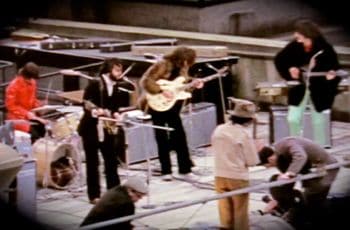 The Beatles’ Era is over with, and for some reason, these Cirque de Soleil people (Guy Laliberte and Dominic Champagne) don’t get it. No amount of special effects or sound manipulation (using computers) can quite make this work. Furthermore, it didn’t really look as if Yoko or Olivia liked it all that much. Paul was down on it, but managed to be politely tolerant. Ringo was cordial as well, but mainly talked about his glory days with the band and his maturation (when he was 13 and had tuberculoses) as an innovative drummer. Mister Kite was the best fit for these circus themes, but out circuses the Cirque. This doesn’t work for me, but won’t act as a balm on any future FF devotion I might still have left lingering inside of me.