NewsBlaze News
Home Entertainment Music ‘Come And Get It’-APPLELAND Is ‘Back To Where It Once Belonged’! 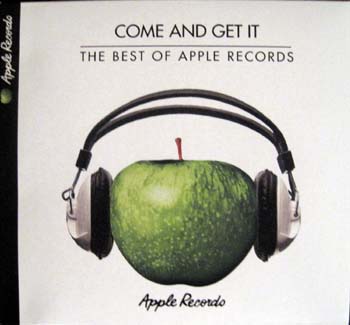 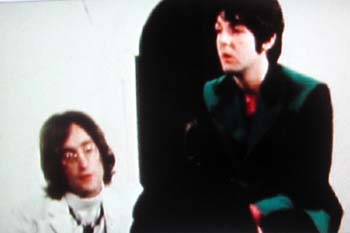 What do all these little apples mean? Why is it important for us to hear this music again? For me, it documents what The Beatles were up to in their last two years as a band. It’s testament to their productions, side projects that weren’t entirely their own, discoveries of downtrodden waifs of the industry who craved a makeover. Exaggeration, yes! But Mary Hopkins or James Taylor got a good brushing off under Apple tutelage, then their careers took off like rockets. Pipings of gray matter are in order, Alex the Magician reports for duty!

It’s almost inconceivable that it was Apple Records that discovered James Taylor. Carolina In My Mind is still my favorite tune of James, with this big production that includes a wistful string arrangement and a perfectly realized bass part by Paul McCartney, thumping along like a kiss goodbye Pepper track. I always thought Carolina was his long lost girlfriend; you know, you return to memories of your girlfriend, but no, it’s the state of North Carolina. Maybe it’s a double entendre? 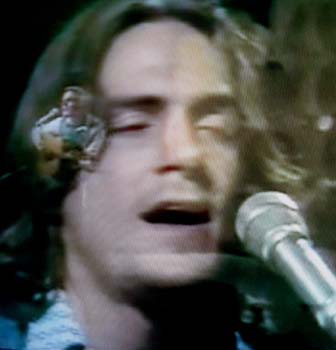 To me, Maybe Tomorrow by The Iveys sounds oh so British

Invasion, if not reminiscent of early Beatles’ records. As unusual as it is, I do not recall ever hearing this song before, which makes it even more special. This was their first single for Apple and was included on the LP Magic Christian Music, which contained the tunes for the hit movie, starring Peter Sellers and Ringo Starr. I just put The Magic Christian to the top of my Netflix queue after playing back some of this nearly forgotten Badfinger. Another thing I did was buy Harry Nilsson’s Without You, which was written by the late Pete Ham and Tom Evans.

It’s surprising to hear the line “get back to where you belong” in Sour Milk Sea, which was written by George Harrison when in India. One can’t help but speculate whether this line was the source of inspiration for Get Back. Jackie Lomax, an old buddy of The Beatles, is the singer here and the rhythm guitar player, but other than that we have an all-star backing band, with Ringo on drums, Eric Clapton on lead guitar and Paul McCartney on bass. I’m hearing George’s guitar in there too and my favorite frolicking rock and roll keyboard player, Nicky Hopkins. Hardest, if not the only rocker, on the compilation! 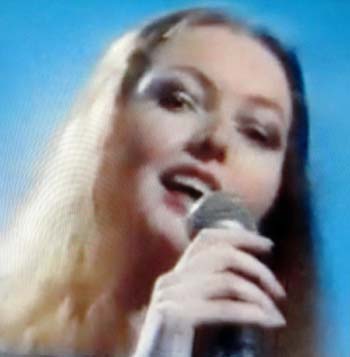 Had it not been for the inspiring presence of Billy Preston on the Let It Be Sessions, The Beatles may well have broken up two years earlier. Billy was like the 5th Beatle and helped to diffuse latent tensions that percolated under caps, like a mucilaginous albatross on each and every itchy Mop-Top, that floundered from the flock of conviviality. Furthermore, it’s oft been tattled that Billy stole the show from George in The Concert For Bangladesh with the song That’s The Way God Planned It. That organ sounds similar to the Let It Be organ, very majestic with a soulful gospel flavor.

*(I must interject a mention here of the quintessential importance of the linernotes, that go with the CD. You will be a babe-in-the-woods without this significant documentation. I find myself snatchin’ the booklet up every few minutes to discover yet another golden gem of info, that escaped me in the day. And that’s coming from a purported expert, I don’t think so! There are folk over at BeatlesNews.com who can unappeasably shame me with their bundles of Fab Four Baggage, that line their ceremonious picnic baskets.(Misfit of a metaphor) Moreover, devotees need to memorize the Apple Records’ page. I move in that direction! Will link for you at the bottom.)

Gee wilikers, so that was Doris Troy singing back-up on The Stones’ You Can’t Always Get What You Want and on Pink Floyd’s Dark Side of the Moon. Her singing is what makes these recordings not merely good, but rather phantasmagorical! And now I am curious about her whole album, Doris Troy, which I’ve never heard whatsoever. Ain’t That Cute, featured on this Apple compilation, was written by Doris Troy and George Harrison, is an interesting take on R & B, with a C section that has a closer resemblance to Savoy Truffle from the White Album. Heretofore, Doris Troy’s has been manifestly underappreciated. Perchance this Apple revival will enkindle a sharper look at her remarkable career, which absolutely includes these swinging days in London, when the Fab Four ruled Britannia with a golden rod. Eeks!

Try Some, Buy Some has a very heavy chord progression, but this adds to its spirituality, and with Phil Spector’s Wall of Sound behind this 1971 production, it gets just the right treatment. The sound is excruciatingly majestic this time around with orchestration provided by John Barham. That’s Ronnie Spector of Ronettes fame on vocals, who was still married to Phil during this time, I believe. The tune is written by George Harrison, who seems to be talking about a rejection of drugs and an acceptance of Krishna, who is God in the Hindu way of thinking. George added his own vocal to these exceptional backing tracks for his 1973 album, Living In The Material World. Ronnie’s version is quite tasteful, a nice compliment to George’s. Never heard this before until just last week.

Govinda by Radha Krishna Temple is some music of the Krishna movement, started by Srila Prabhupada in 1966 in the US. The Krishnas made it to the UK in 1968. Govinda means God. George plays bass and accordion on this 1970 release; the Radha Krishna Temple was temporarily located in Tittenhurst Park, the location of The Beatles last historic photo session. George learned from Prabhupada that repeating a chant leads to bliss and happiness. Try playing Govinda over a few times, see what happens!

God Save Us was written by John Lennon and Yoko Ono as an anthem against censorship of an underground newspaper, Oz, in England. Oz ran one risque issue in May 1970 written by rebellious school children, which turned into an obscenity case in the courts. John recorded the song at his home studio at Tittunhurst Park in London, and Mal Evans and Phil Spector took the producers’ reigns. That’s Ringo on drums and Klaus Voormann on bass, and Bill Elliot on vocals. Clever fake band title-Bill Elliot And The Elastic Oz Band. I’m interpreting this one as an anti-censorship song, but also as a war protest song. Listen to the lyrics and see if you agree! Never heard this before.

Day After Day is my favorite Badfinger song, written by Pete Ham. Love the line “looking out of my lovely gloom.” An alternate line with “room.” I always thought that Day After Day was Paul’s project. I’ve had a misunderstanding for 40 years, that’s George in there, George’s guitar wails for the lead. Beautiful melody and pleasant sentimental lyrics, bring a tear to your eye. Especially against the hushed-up death of Pete Ham, which I took a look at yesterday. And just yesterday I learned of Tom Evans’ death; raises my curiosity, what was up with Badfinger in those years?

So there you have it, all these wonderful things happening around Apple Records so many moons ago, in a land far, far away. I’m surprised by my ignorance with so many of these artists and projects. Now I know where to go to experience the complete LP for many of these Apple virtuosos. Mary Hopkins, James Taylor and Doris Try will be my initial offerings, ur … purchases. Naturally enough, there’s a box set that contains the whole kitten-ka-boot-le for only $400. See ya for years to come in APPLELAND! I’m the baldin’ cat with the Strawberry Fields Forever T-shirt on.