X-Men Origins is an over-plotted prequel devoted to developing the back story of Wolverine, aka James Logan, the short-fused superhero capable of morphing in an instant into a steel-clawed assassin. Hugh Jackman reprises the role he’s played in the popular franchise’s prior installments, and the versatile thespian rises to the demanding challenge of carrying a star vehicle.

Directed by Gavin Hood, this generations-spanning epic opens in 1845 on the Canadian frontier where we find then teenaged James sickly and living in a log cabin. His life is irreversibly altered the fateful day he fatally-stabs a man (Aaron Jeffery) in the chest in a fit of rage only to learn that he’s just slain his own father.

This pivotal piece of the Logan family genealogical puzzle means that James’ childhood pal, Victor Creed (Liev Schreiber), must be his half-brother. He also happens to be a superhuman with an alias, Sabretooth, so the two orphans enter a pact and flee to America. The ensuing cinematic montage shows these seemingly-indestructible siblings serving in the U.S. Army together in the Civil War, World Wars I and II, and then in Vietnam. However, they are clearly polar opposites, morally.

Whereas Wolverine takes to the bloody line of work reluctantly, unsavory Sabretooth seems to delight in every opportunity to pillage and plunder. 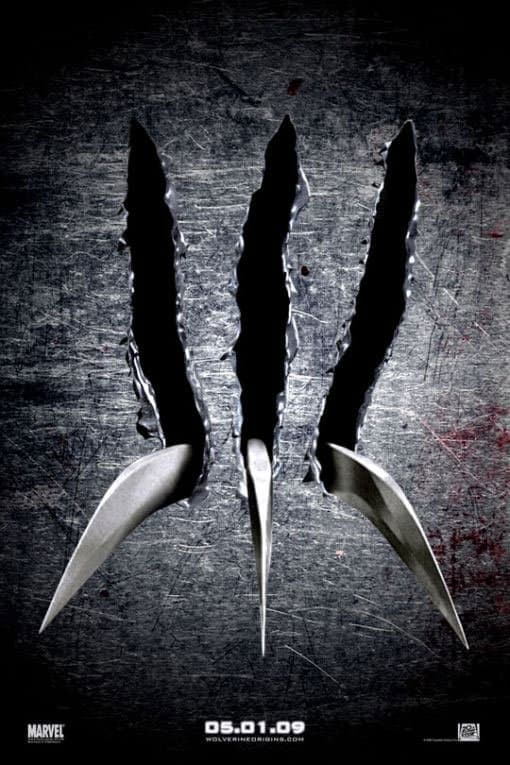 Therefore, it is no surprise when the former decides to quit the mercenary business after witnessing atrocities committed by fellow members of an elite squad of mutants being led by Colonel William Stryker (Danny Huston).

Fast-forward a half-dozen years and we find Logan kicking back in Canada where he has kept a low profile as a lumberjack and fallen in love with a beautiful local gal, Kayla (Lynn Collins). Just when it looks like the cozy couple is content to live happily-ever-after, Stryker shows up to talk Logan out of retirement to help in tracking down the stalker who’s been knocking off members of their old unit one-by-one.

Judging X-Men Origins with the benefit of 20-20 hindsight, the picture wastes a lot of time weaving an unnecessarily-complicated premise given that it leads to a fairly simplistic showdown of good versus evil. At least the adventure introduces several cool new mutants who put their extraordinary talents on display, including Will i. Am as the teleporting John Wraith, Kevin Durand as the indestructible Blob, Ryan Reynolds as the self-healing Deadpool, Tahyna Tozzi as diamond-skinned Emma Frost, Dominic Monaghan as the electrifying Bolt, Taylor Kitsch as the detonating Gambit and Lynn Collins as the telepathic Silverfox.

Think Fantastic Four as opposed to The Dark Knight and you have a good idea of what to expect of this action-oriented, twist-driven morality play. And be sure to stay for all of the closing credits to catch one of two alternate endings.

To see a trailer for X-Men Origins: Wolverine,