If there’s any merit to that Sarah Palin joke about hockey moms, lipstick and pit bulls, then the suburban housewife thriller While She Was Out might very well be the punch line, in more ways than one. And stepping up to the plate to play that grueling, get even uncharacteristic role is Kim Basinger, who seems to have been a triumphant survivor of some sort of similar abusive domestic ordeal in her own life. Though without bringing Alec Baldwin into it, you do the math.

While She Was Out unfolds one dreary, rain-drenched Christmas Eve in an upscale suburban gated community. Delia (Kim Basinger) is a stressed out housewife and mother of grade school twins who is too much of a nervous wreck to keep a tidy house. And when her brutal hubby (Craig Sheffer) returns from work he makes his displeasure over her disobedience known by knocking her around, a state of affairs she seems to have been enduring for some time.

When Delia notices that she’s run out of gift wrap for the presents, she heads to the mall, where an unfortunate confrontation with a gang of thuggish youths with names like Chuckie and Huey, leads to a night of terror in the woods. But lucky for Delia that she’s filled her depressed existence with distractions like Pilates lessons and car mechanic classes, as she shows her stuff fleeing through the woods from her tormentors with auto repair toolbox in hand as potential weapons of ass-kicker destruction. And, an imaginative knack for kissing her way out of a bad situation. 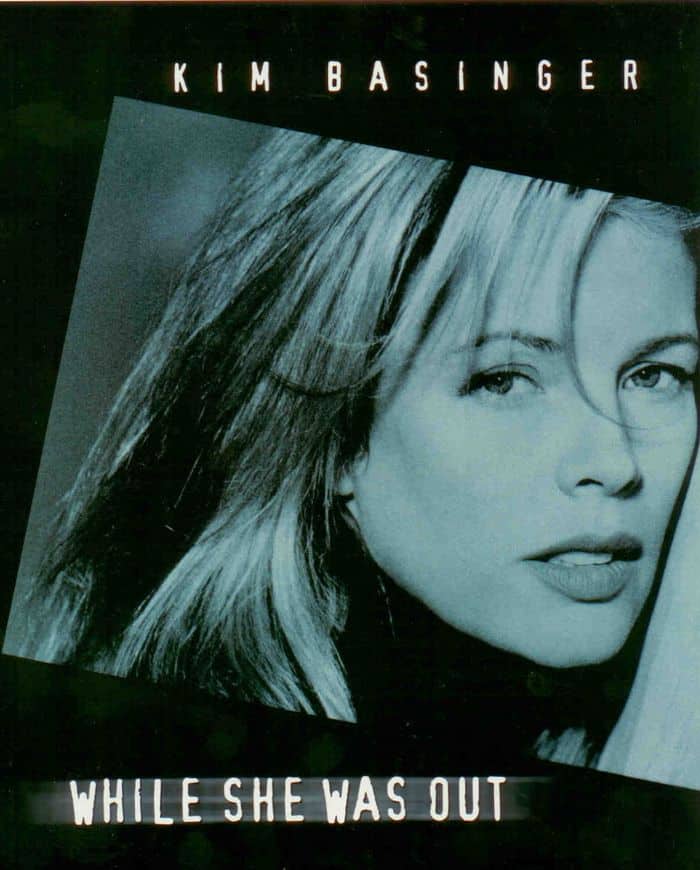 Written and directed by an apparently ballsy babe (Susan Montford), what else, and executive produced by Basinger and that horror honcho himself, Guillermo Del Toro, While She Was Out gets the creepy atmosphere just right, despite stretches of predictability here and there. For instance, why do victims always do dumb things like flee down deserted streets when there are crowded areas of potential safety in the opposite direction. In any case, Basinger proves with her sorely tested character that she’s not just a pretty face, and up to juggling lipstick and pit bulls simultaneously.