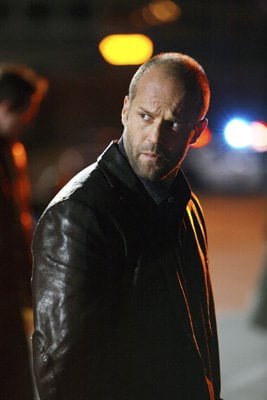 You already have a good idea what to expect of War when you hear that Jason Statham and Jet Li are the co-stars of this gruesome revenge thriller. For both of these martial arts icons have come to be known for frenetically-paced, action-oriented fare in which they perform their own stunts during elaborate fight sequences.

Statham, a steely Brit sporting a grizzled look courtesy of a carefully-cultivated five o’clock shadow, has enthralled audiences throughout such high-octane offerings as Snatch, Crank and The Transporter 1 & 2. Meanwhile, the Beijing-born Li, who won five gold medals in China’s karate national championships, got his start in a string of Hong Kong chopsockies before venturing to Hollywood to make English-language blockbusters like Lethal Weapon 4, Romeo Must Die, Cradle 2 the Grave and Kiss of the Dragon.

So, the only question that fans of the genre need to have answered is whether Statham and Li combine, here, for a worthwhile collaboration in which they square-off for a memorable battle royal. Unfortunately, although they portray sworn adversaries, they share so few scenes opposite each other that the picture must be deemed a bit of a disappointment. 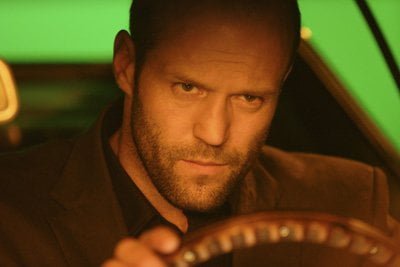 The straightforward, revenge-driven plot is based on a shopworn theme we’ve seen a million times before. FBI Agent Tom Lone (Terry Chen), his wife and young child are callously murdered by an Asian assassin named Rogue (Li). Lone’s disconsolate partner, Jack Crawford (Statham), is of course determined to track down the perpetrator in order to exact sweet retribution.

But before he gets his chance to settle the score a few years later, he must first sort out the players in a bloody turf war for control of San Francisco unfolding between a gang of Japanese yakuza mobsters led by the savage Shiro (Ryo Ishibashi) and a Chinese crime family headed by the equally-brutal Chang (John Lone). The body-count escalates as Crawford and his cronies from the Bureau intermittently find themselves mixed up in mayhem which amounts to little more than a mindless diversion for an audience impatient for the impending showdown between Crawford and Rogue. 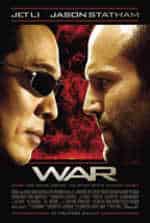 Regrettably, the anticlimactic finale turns out to be distinctly unsatisfying, since it involves a preposterous rabbit-out-of-the hat reveal, a development which forces you to rethink the entire tale.

War, what is it good for? Unh! Absolutely nothin’!

In Mandarin and English with subtitles.